Pirelli Star Driver Daniel McKenna says he won’t be holding back on this week’s Ulster Rally, despite his British championship lead standing at 20 points heading to the Enniskillen-based event.

However, when dropped scores are taken into account, McKenna’s lead over Osian Pryce is just two points with two rounds remaining, meaning the Irishman still has to discount one result from his end-of-season total. 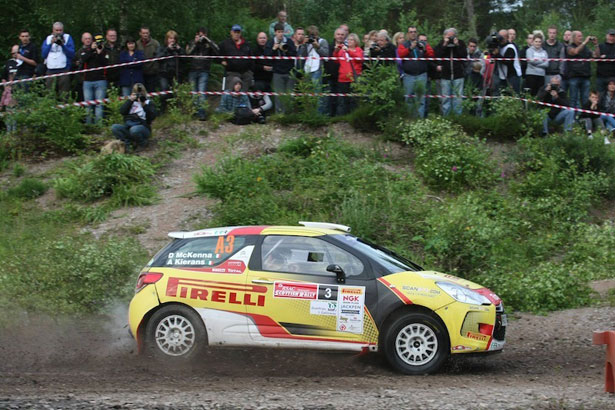 “I’m not really thinking about the championship too much at the moment,” said the 27-year-old Pirelli-supported driver. “With dropped scores it’s all still to play for so I’m going to the rally with the aim of trying to win and trying to stay ahead of Osian above all.”

McKenna prepared for the all-asphalt event, which is based 45 minutes from his home, with a test last Friday in his DGM-run Citroen DS3 R3T.

“It was quite wet and damp, which was good because I hadn’t driven the car on wet Tarmac before,” said McKenna. “We were trying out Pirelli’s intermediate RE7 tyre and used the test to work on a good set-up. And when the road started to dry out we carried on with the same tyres just to see what level of performance they could provide in dry conditions and for how long.”