With six rounds of the FIA World Rallycross Championship completed so far in 2014, and after a four week break in the calendar which has allowed the teams to rest and prepare, the World RX of Canada (07-08 August) promises to deliver more exciting action on Cooper tyres. 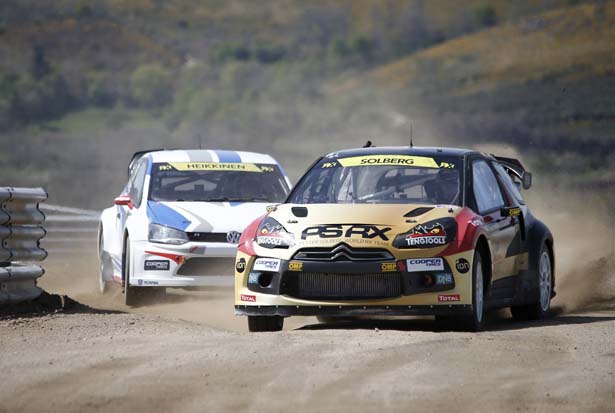 The entry list for round seven, World RX of Canada in Trois-Rivieres, includes 19 Supercars. Notable entries include former IndyCar and NASCAR driver Patrick Carpentier who will drive as a wildcard entry for VW Marklund Motorsport.

Carpentier, World RX commentator for Canadian TV channel RDS, will be making his World RX debut in front of his home crowd. Former F1 World Champion Jacques Villeneuve will also be a firm favourite with the home fans as the French-Canadian will drive his Albatec Racing-prepared Peugeot 208 Supercar.

American Top Gear presenter Tanner Foust will once again drive for VW Marklund in what will be his third outing in the championship this year. Ford Olsberg MSE will enter a third car in Canada with 20-year-old Joni Wiman set to make his debut in World RX.

Petter Solberg is currently three points ahead of Reinis Nitiss in the championship standings, but it could all change this Friday.

The eighth round of the World Rallycross Championship takes place on 06-07 September in Loheac, France.