HomeNewsWildcard Fisher to step up on Rally GB

Alastair Fisher will step up to the FIA Super 2000 World Rally Championship on Rally GB this week after being handed a wildcard entry by the event organisers.

Fisher, 24, from Northern Ireland, is a frontrunner in the WRC Academy. However, with the series not including a round in Great Britain this season, Fisher is making a one-off switch to the SWRC, the world championship’s fastest support category. 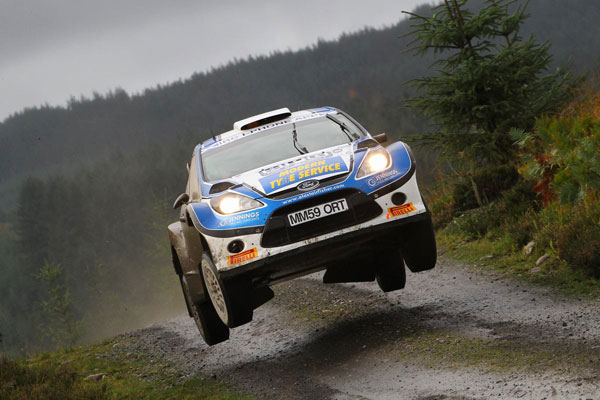 “It’s great to be doing the British round of the WRC,” said Fisher, who is from Trillick in County Tyrone and will be co-driven by Daniel Barritt from Burnley, Lancashire. “It’s also great to be driving a Ford Fiesta Super 2000 against strong opposition. Last year I was setting top five times in the IRC on the Rally of Scotland in the same car which is some comfort, so I’m hoping it won’t take too long to get adjusted again even though it’s almost a year since I was last in an S2000 car on gravel.”
Fisher said gaining wildcard status for the event – which means he’s eligible for SWRC points – was a big boost. “I can compare my times against the SWRC regulars so thank you to Robert Reid, the Motor Sports Association and the event organisers for their support.”
This year’s Rally GB, which starts in the north Welsh coastal town of Llandudno on Thursday 13 September and finishes in Cardiff, the principality’s capital, on Sunday 16 September, features 18 high-speed gravel stages plus the all asphalt stage at Celtic Manor, a former Ryder Cup venue. The total competitive distance is 201.61 miles. “The stages are quite long and very fast due to the likelihood of dry weather and we won’t get much time to bed ourselves in against guys with more experience,” said Fisher. “But we’re looking to gain more S2000 knowledge and secure a good finish.”
Ford’s factory WRC team M-Sport will run Fisher’s Fiesta on Rally GB with Anglo-Chinese firm DMACK supplying tyres in soft and hard compounds.