In Auto Bild Allrad’s latest all-season trye test, the Quatrac was joint winner among the eleven models tested, which covered most of the big names in tyre manufacturing. The tyre was declared ‘exemplary’ across a broad range of variables, receiving the highest or second-highest mark in each of the fourteen test categories. 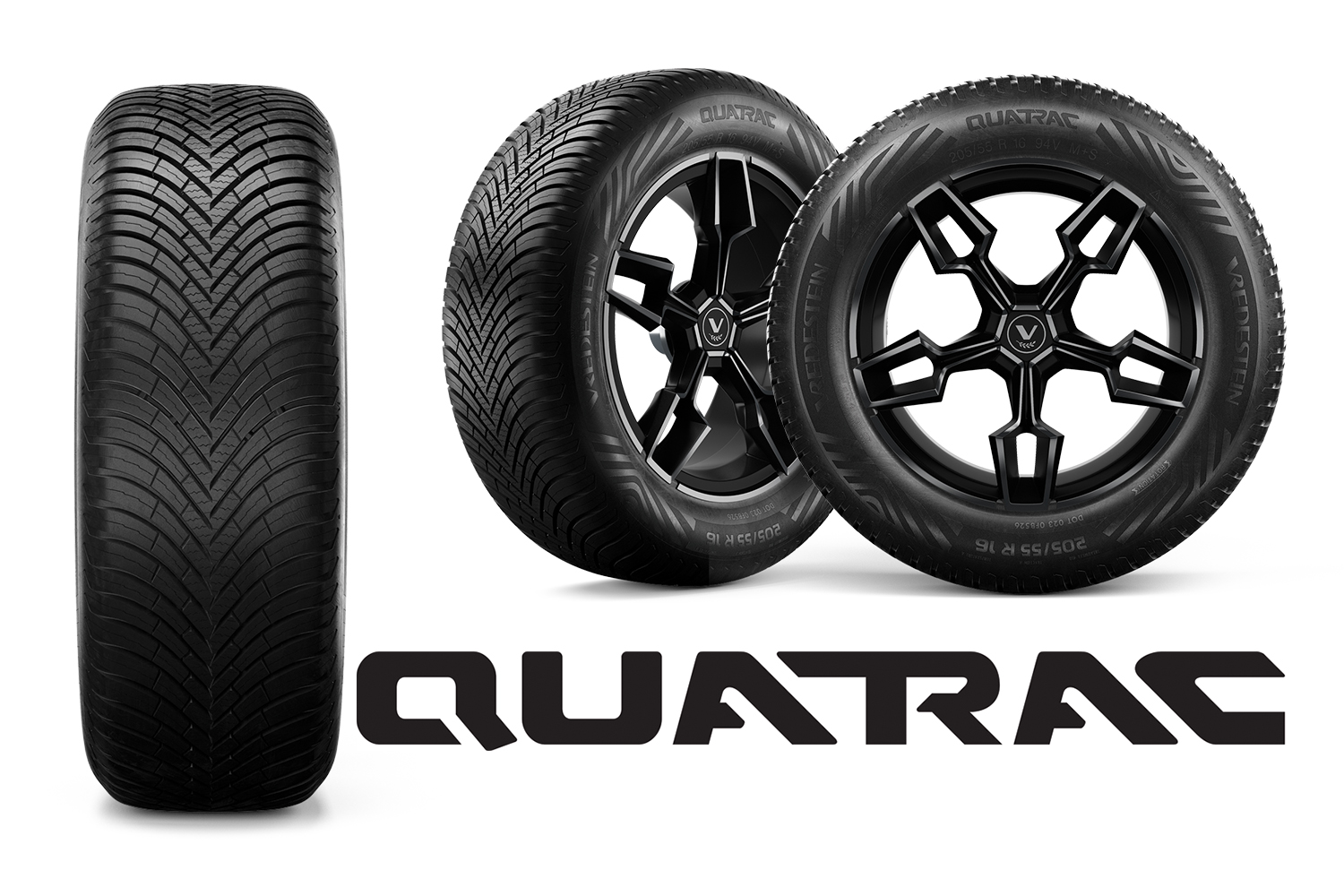 Vredestein was an early adopter of all-season tyres, and now has almost three decades of experience in this specialist domain under its belt. The new Quatrac has also been very well-received, having already won second place among 32 candidates in Auto Bild’s 2020 annual tyre test.

Auto Bild Allrad pointed out the significant potential benefits of all-season tyres in terms of avoiding the hassle and cost of changing from summer to winter tyres twice a year, but also the importance of ensuring that the tyres satisfy the stringent weather-related requirements which widely apply in continental Europe.

The testers underlined how well the leading all-season tyres have evolved, giving the example of the Vredestein Quatrac’s fine performance on both dry and wet surfaces without sacrificing performance on snow.

The test comprised 14 categories in the groups ‘snow’, ‘wet’ and ‘dry’. As in previous years, Auto Bild Allrad’s snow tests were carried out on a large indoor snow facility north of the Arctic Circle in Ivalo, Finland.

In the final evaluation, the Vredestein Quatrac was described as an “exemplary all-season tyre with impressive qualities on snow and ice, high safety reserves against aquaplaning, precise wet and dry handling, short dry braking distances [and] low rolling resistance.”