Hinckford Farming in Halstead, Essex has praised Michelin’s support after replacing a rubber tracked crawler with a Claas Xerion 5000 fitted with a set of the manufacturer’s Ultraflex high volume AxioBib tyres. 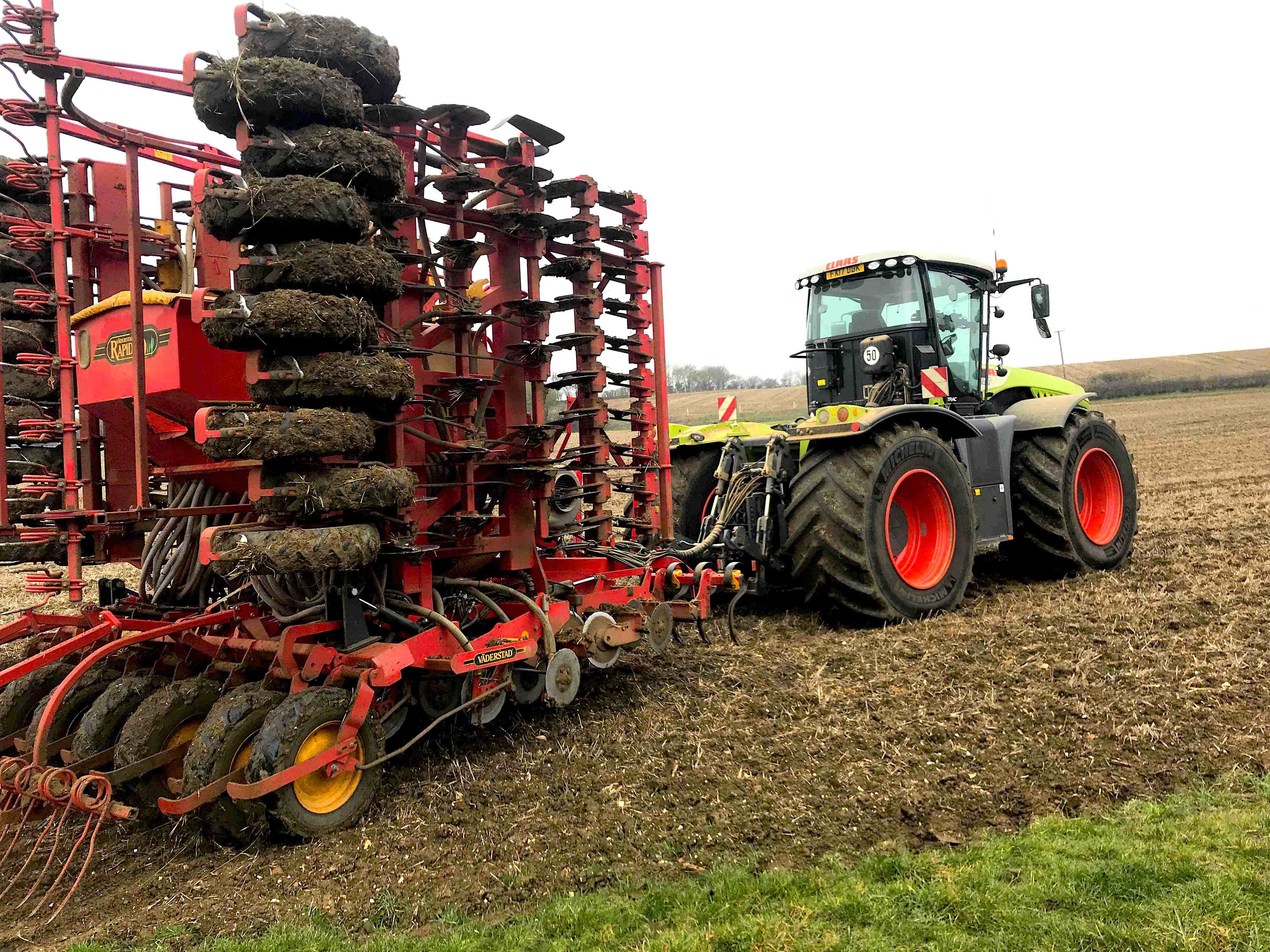 The arable farm had been using tracks for many years for its heavy cultivations but had recently struggled with grip in wet conditions, and suffered damage to the soil structure on headlands when turning.

After taking on the 5000 series, specified with four IF 900/60 R42 AxioBibs, Michelin came on site to help optimise tyre pressures to ensure Hinckford Farming got the best out of its new tractor.

Tim Chadney, Operations Manager at Hinckford Farming, said: “Michelin spent a day with us on the farm, weighing each corner of the tractor, working out our ideal tyre pressures and giving us a complete guide to perfecting the set up.”

As a result of Michelin’s Ultraflex technology, rear tyre pressures as low as 15psi were recommended – allowing the tractor to carry the same load at lower pressures, or heavier loads at the same pressure, in comparison with conventional agricultural fitments.

The tractor has a maximum power of 530hp with about 450hp at the wheels when working intensively. In order to get the AxioBib casings to deflect and put down the footprint they are designed to give, the tractor needs to be tipping the scales at around 25,000kgs. The larger footprint compared to standard technology tyres enables the AxioBibs to provide superior traction in the field.

Since coming into service, the tyres have so far delivered more than 900 hours of work on the high horsepower cultivation tractor, pulling a variety of equipment including a five-metre Simba SL cultivator, a twin leg mole plough, and an eight-metre 16 leg Rapid Lift cultivator paired with an eight-metre Vaderstad seed drill.

Hinckford Farming is made up of three farms in Essex, operating across 2,500 acres and was established in 2010.