Starting in March 2021, the new Extreme E off-road racing series will be taking professional motor racing in electric SUVs to the furthest corners of the planet. The event calendar includes races in the desert of Saudi Arabia, in Senegal, in the rainforest of Brazil and in the glacier region of Patagonia.

Not only will the teams need to cope with very different climates, they will also have to master extremely difficult terrain on courses that will challenge the tyres in particular. And indeed, the tyres have been specially developed for the task by Continental, a Founding Partner in Extreme E. 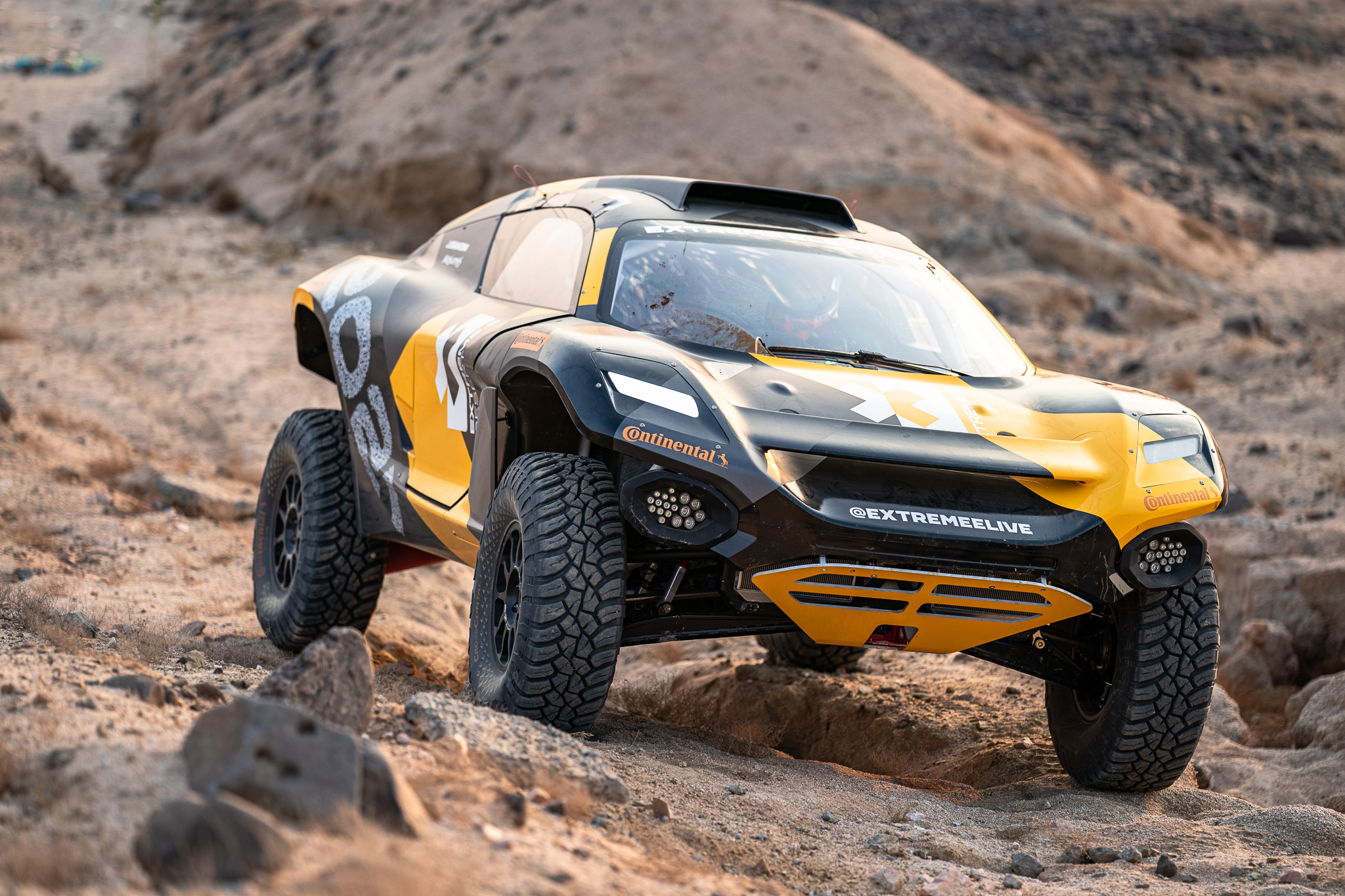 “The races are not going to be held at standardised racetracks with similar asphalt surfaces,” says Sandra Roslan, project manager at Continental, describing the exceptional challenge ahead. “Instead, the teams will be racing in natural settings and over variable and very different surfaces, including sand, gravel, scree, mud and ice.”

Then there are the typical situations encountered in racing, like extreme acceleration, heavy braking, high speeds even through tight corners, drifts and even jumps. But the tyres will also be stressed by the nature of the SUVs themselves, which were similarly specially developed for this particular series.

The SUVs go by the name of Odyssey 21 and serve up the electrical equivalent of almost 550 hp, giving them three times the torque of a Formula E Gen 2 racer. At the wheel of each car is a professional racing driver, eager to get the absolute maximum out of the vehicle and its tyres. “Given this exceptional constellation, we are talking about the biggest challenge that tyres have ever had to face in motorsport,” says Sandra Roslan.

To enable the drivers to take their tyres to the limit throughout the races, while maintaining maximum safety for their cars and themselves, the SUVs are equipped with a special tyre monitoring system.

During the race, the ContiConnect tyre management solution collects and transmits data such as tyre pressure and temperature in real time. A sensor inside each tyre constantly measures and analyses this data and presents it to the driver on a display in the cockpit. Changes in tyre pressure and temperature trigger an optical and acoustic signal to warn the driver, who can then act accordingly, helping to prevent tyre failure.

At the same time, the tyre data is also transmitted to the monitors and computers of the technical support team and stored for analysis after the race.

The ContiConnect tyre management solution has proven itself in practice around the world. It was originally developed together, with and for the commercial vehicle industry as a retrofit solution and since 2013 has been gradually expanded and supplemented in line with user needs.

ContiConnect enables fleet managers to access the pressure and temperature data of the tyres on their entire fleet via a web portal. Tyre data is transferred to the web portal in one of two ways, either stationary – when the vehicle drives past a yard reader station – or live, with the vehicle out on the road, by means of the ContiConnect Driver App, which also keeps the driver informed.

The Extreme E off-road race series is being organised in conjunction with Formula E. From 2021 onwards, Continental will be a Premium Sponsor of the Extreme E series. The technology company will be equipping all the vehicles with tyres for the diverse and extremely demanding conditions that they will encounter. Promoters Formula E Holdings Ltd. expect ten teams to take part in the first season.