HomeNewsTriangle Tyre at The Tire Cologne 2022

Triangle Tyre will be exhibiting at this year’s The Tire Cologne, the important European tyre fair, which takes place May 24-26, with a newly designed booth, located in the hall 7, among other important tyre manufacturers.

Building on sustained growth over the past five years, Triangle’s presence at The Tire Cologne confirms its intention to participate at major tyre shows and showcase its product range to a European audience.

Triangle Tyre, with its European HQ based in Italy, is committed to be a relevant market benchmark in the economy tier.
The shape of a big Triangle logo displayed on the booth wall, a 12 square metre LED wall with product videos, and the introduction of three new PCR and two new TBR tyres, will be the highlights of the Triangle presence in Cologne.

The three new consumer patterns that will be launched are: the EffeXSport TH202, a brand-new UHP product; the ReliaX TE307, the new touring tyre; and the SeasonX Van TA702, the new all-season product, specially designed for modern commercial vehicles. 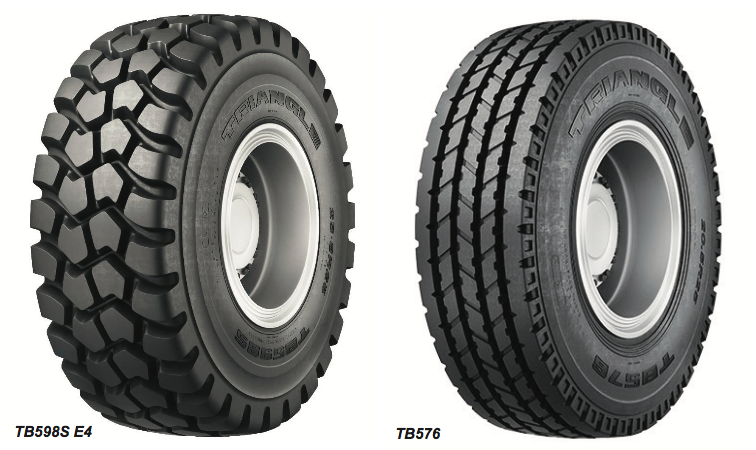 Triangle PCR will also display the off-road products: GripX TR281 and AgileX TR292, respectively mud-terrain and all terrain models designed for off-road use and developed to cope with the toughest road conditions. Together with its new products, Triangle will also bring summer, winter and TB598S E4 All-Season tyres, other than SUV, 4×4 and Van tyres, to represent the wide range of available products for Europe.

There will also be two new TBR products; the TRS06 steer tyre for regional operations and the FleX Drive TRD09, the new pattern for combined regional and long-haul applications.

In the Earthmover segment, where Triangle is one of the world’s leading manufacturers and holds a double-digit market share in the European market, three models of its impressive range will be on the booth: the TB598S E4 and TL559S+ L5, respectively TB576 for articulated dump trucks and for loaders and bulldozers, and the TB576 for mobile cranes.

“We can’t wait to be meeting all our European partners once again, after such a long time without exhibitions,” says Corrado Moglia, general manager of Triangle Tyre in Europe.

“Triangle will also be present at the Autopromotec fair in Italy in May, at Hillhead in UK in June and at Bauma in Munich, later in October, because we believe that international fairs are still playing a key role in the marketing activities that we are carrying on in Europe,” he adds.