HomeIrish NewsTriangle and Euro Tyre Sales is an enduring partnership

Euro Tyre Sales introduced the Triangle brand to Ireland back in 2003. The brand has been on a steady growth trajectory in Ireland ever since, writes John Loughran.

The partnership between Euro Tyre Sales and Triangle Tire, was forged back in late 2002, when Paddy Greenan, Managing Director of the Co. Cavan based distributors visited a trade show in China.

Back then, it wasn’t common place for Irish distributors to attend trade shows in China, so in many respects the trip was a journey into the unknown.

Paddy soon discovered that most of the exhibitors did not have English speakers on their stands, which made the prospect of doing business practically impossible.

However, that wasn’t the case when he visited the Triangle stand, which was looking for distributors in Europe at that time.

It was a fortuitous meeting for both parties as Paddy explained: “We didn’t really get anything else out of that show, except making contact with Triangle.”

Paddy was impressed by what he heard on the stand and in a follow up visit to China, he toured the company’s manufacturing facilities and admitted to being “blown away by the state-of-the-art factory.”

Indeed, that wasn’t Paddy’s last visit to Triangle, and he continued making twice yearly visits up until 2017, when the brand opened up a European head office in Milan, Italy.

Through an unparalleled commitment to quality and innovation, world-class research and development and state-of- the-art production facilities, Triangle Tire has continued on its growth path and it is now reported to be the fourth largest manufacturer of OTR tyres globally, holding a double-digit of the European OTR market. Triangle has an impressive list of Original Equipment fitments from leading machinery manufacturers including Caterpillar, Volvo, Hyundai, Komatsu and Hitachi, demonstrating full confidence in brand’s reliability. 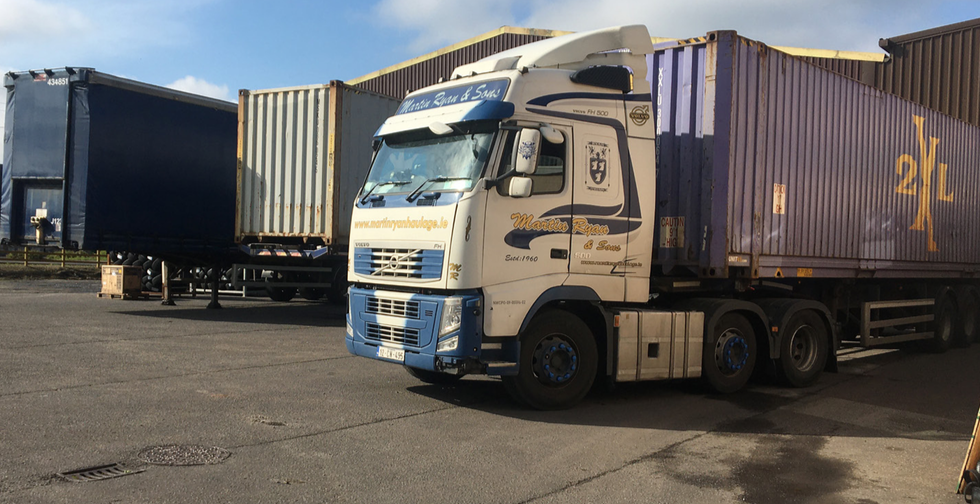 The company’s OTR tyres provide superior traction and a long service life, as well as enhanced puncture resistance due to the advanced radial design. Continuity of supply, quality and reliability of the product range and the low cost per hour of Triangle OTR tyres, when compared to competing tyres has been the brand’s key selling points in Ireland for many years, according to Paddy. The Triangle brand has benefitted from partnering with Euro Tyre Sales and its select network of tyre retailers in the Republic of Ireland and Northern Ireland for many years. Triangle OTR customers avail of high levels of customer service as well as technical and fitting knowledge through the dealer network, which offers 32-county coverage.

Closer to home, the brand’s success in Ireland is driven by the Euro Tyre Sales team and its network of distributors, who have represented the brand through the economic peaks and troughs that have affected the country over the past 17 years.