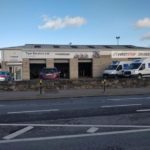 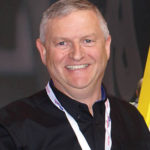 One of Northern Ireland’s leading providers of tyres and automotive services is poised to invest up to £2million in its business, creating at least 15 new jobs and a new training facility upskilling the next generation of fitters. Kerr’s Tyres & Auto, a family-run business first established in 2002, has announced plans to invest in
Read More
Kerr’s Tyres

Kerr’s Tyres has signed an exciting three year deal with Hannon Transport to supply, fit and maintain all tyres for the company’s fleet of over 300 units and trailers.
Read More
Kerr’s Tyres

Kerr’s Tyres has secured a significant five year deal with the Montgomery Transport Group.  The deal, which is estimated to deliver five figure savings over the duration of the contract, will see Kerr’s Tyres supply tyres and provide tyre maintenance, under an innovative Pence Per Kilometre (PPK) contract.
Read More
Kerr’s Tyres
We use cookies to ensure that we give you the best experience on our website. If you continue to use this site we will assume that you are happy with it.OkRead more