Bridgestone and Firestone showcased its pulling power at this year’s Lamma show at the NEC Birmingham. 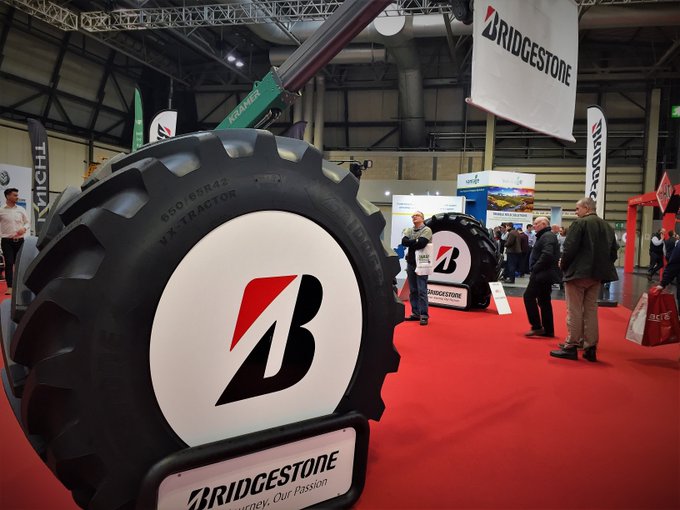 Running from January 7-8, the tyre maker’s stand featured a multi-V8 modified tractor puller called the ‘Aftermath’, which was fitted with Firestone Puller 2000 tyres.

In addition to this, Bridgestone’s critically acclaimed VX-Tractor tyre was also showcased heavily at the show. The Performer 70 – 85 Extra was also on show, which features a compound upgrade and is ideal for medium horsepower tractors.

Bridgestone also emphasised weather-related solutions, particularly for wet weather. Bridgestone says that its VT range can combat the worst elements that can be thrown at farmers, as it can operate at lower inflation pressures, and with much larger footprints, helping farmers to establish an earlier drilling window in Spring, while still protecting the boggiest of land.