A host of leading drivers will compete on acclaimed Cooper tyres this weekend, as the cream of the rallycross crop arrives in Barcelona for the second round of the 2013 X Games. Stars of rallycross, which is a unique fusion of asphalt and gravel racing, will take to the specially-built circuit at the iconic Olympic stadium of Montjuïc to fight it out for glory on the world stage. 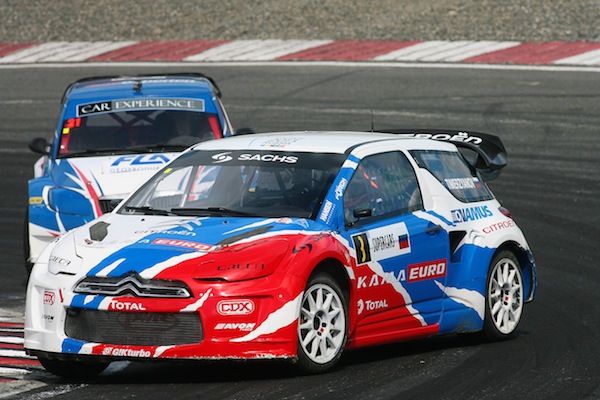 Also confirmed for the Barcelona round of the X Games is two-time World Rally Champion, Carlos Sainz; the 51-year-old rally veteran will race in the event with the Marklund Motorsport team, which regularly favours Coopers in rallycross competition

Cooper has a strong record of success with World Rally Champions in X Games competition – rally ace, Sébastien Loeb, who recently confirmed his participation in the Lohéac round of the European Rallycross Championship, stormed to victory in the X Games Rallycross Final on Cooper rubber back in 2012. Cooper’s profile in the event will also be boosted thanks to branding on impact barriers around the track.

Featuring tight corners, jumps and close-quarter concrete walls, the X Games course allows no margin for error and the drivers will be tested to the maximum on the highly demanding course.

Rallycross events are held across a range of challenging surfaces and Cooper and Avon ACB11s have become favoured in the discipline, thanks to the excellent traction they offer on asphalt and gravel surfaces in both wet and dry conditions

Sarah McRoberts, Marketing Communications Manager for Cooper Tire Europe, commented: “The X Games are all about pushing it to the maximum and providing an excellent spectacle for the fans that turn out in their droves; Cooper’s rallycross tyres offer exactly what competitors need to push their cars to the very maximum as they fight for victory in what has become an extremely well-respected event for rallycross.

“As the Barcelona round falls within European Rallycross rules, which support an open tyre supplier policy, we’re very pleased that so many competitors have selected Cooper ACB11s for the event.”