Sean O’Connell Tyres has been appointed as the official distributor of CEAT, passenger car and truck tyres in Ireland.

The distribution agreement represents a considerable feather in the cap for Sean O’Connell Tyres, given that CEAT is one of the world’s top 30 tyre companies, and is India’s leading tyre manufacturer, with 50 + years’ experience and a presence in 100 + countries.

The company has six manufacturing facilities, which produce 15 million tyres annually and as of last year, the company had filed 76 patents, and established a high-tech research and development centre for proactively meeting the market’s needs.

Its SUV portfolio SportDrive has a CA EU rating, while its van portfolio, EnduraDrive is EB EU rated.

The company also has Winter SUV and Winter UHP programmes under development.

The company’s passenger car range is perfectly suited to Irish conditions and is being very well received by tyre shops around the country. 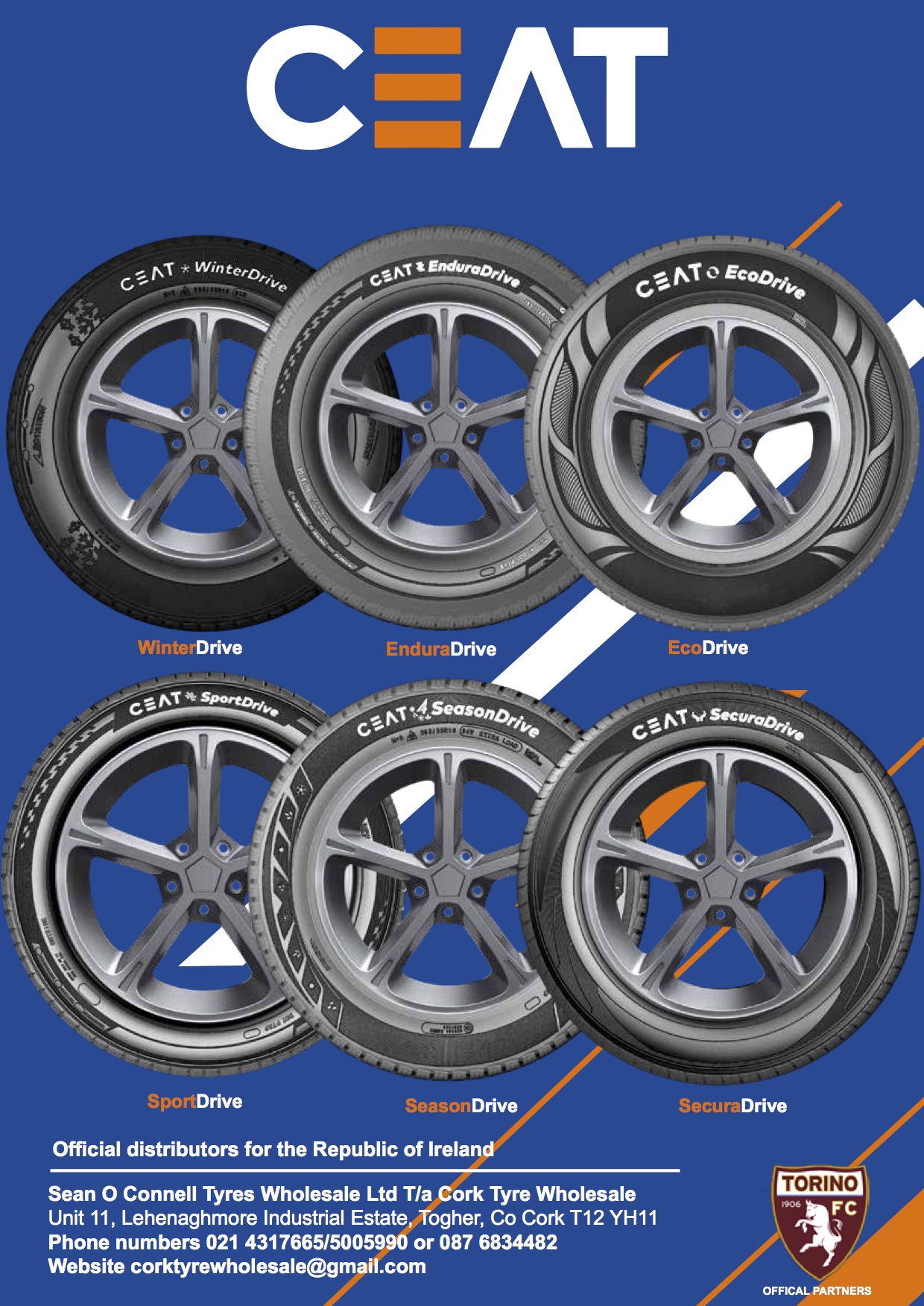 Truck and Bus tyres
CEAT’s truck and bus tyre tyre portfolio is built for hard-core commercial vehicles and is ideal for the Irish market.

The CEAT range offers a great cost v reliability proposition for all operators.

These tyres, in all positions, offer uniform tread wear and increased mileage for better CPKM (cost per kilometre) results.

CEAT Limited, owned by RPG Enterprises, one of India’s top conglomerates, with over 15 companies operating in tyre manufacturing, technology, infrastructure, and life sciences, has seen immense growth and rise in popularity, both commercially and among its customers in recent years.

The company is proudly ranked 35th amongst India’s best companies to work for by the Great Place To Work initiative in 2020-21.

The CEAT brand, might not be that well known in Ireland, but it is present in over 100 hundred countries, throughout Europe and Asia.

CEAT’s partnership with Torino Football Club in Italy is one of many marketing initiatives the company has undertaken to lift the profile of the brand in Europe. 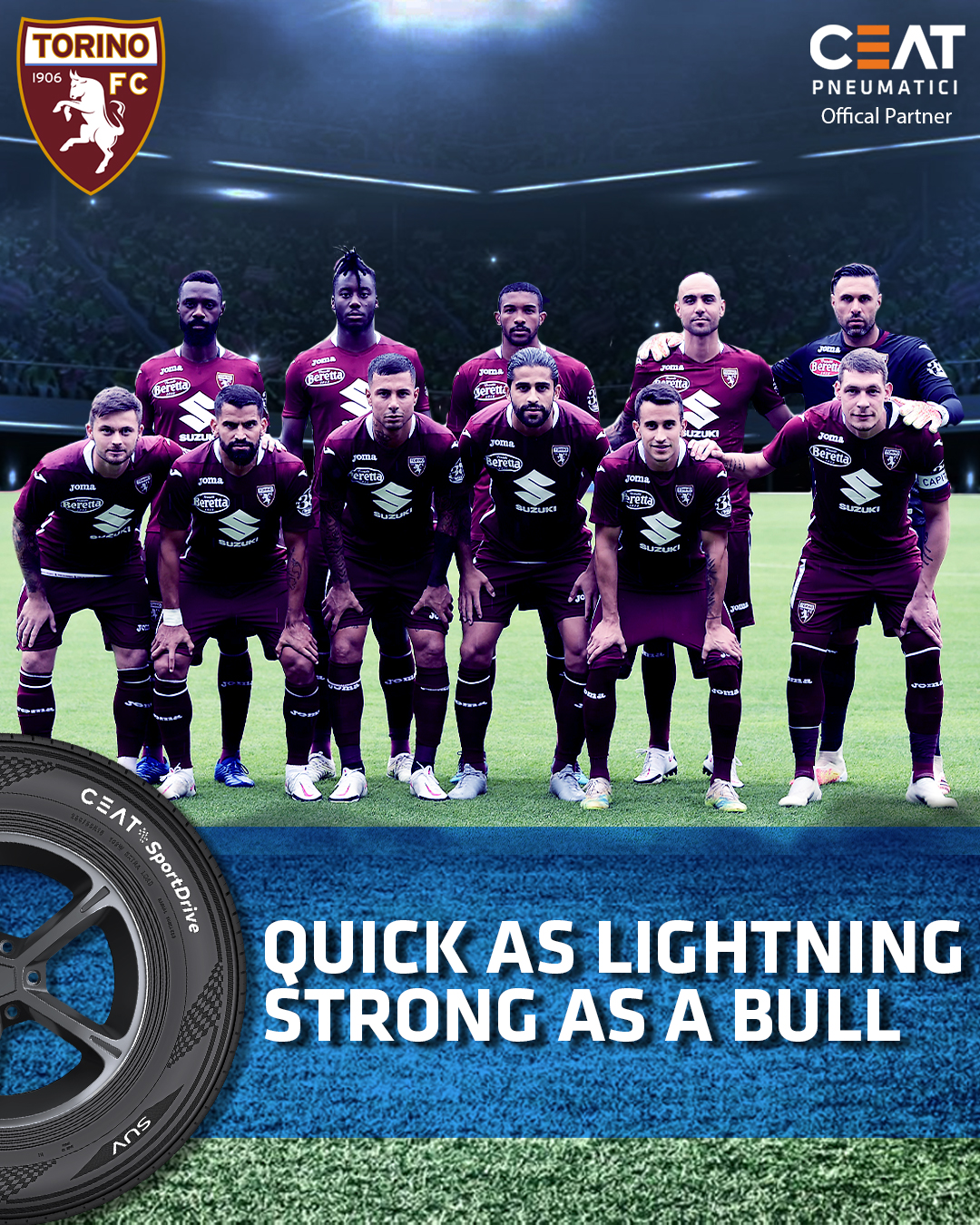 It is the number one market seller in Sri Lanka and has 500+ exclusive CEAT franchises, and 4500+ dealers around the world.

Established in 1924 in Italy’s Turin province, CEAT Limited forayed into the Indian tyre market in 1958 as CEAT Tyres India. In 1982 it was acquired by RPG Enterprises. In 2010, RPG Enterprises gained worldwide distribution rights from Pirelli, which was a previous owner of the CEAT brand.

In 2017, CEAT launched its newly developed platforms EcoDrive & SecuraDrive in the European automotive market.
Its international research and development centre in Frankfurt, Germany, which was opened in 2016, has become a hub of technology and tyre manufacturing advancement.

CEAT is a believer in being future-ready and with advanced research and development facilities in Halol and Frankfurt, it has established a firm footprint worldwide.

CEAT believes that research and development is a gift that keeps giving, aiding the company in understanding every market’s needs and requirements. This harmonious combination of research and understanding customer needs has allowed CEAT to become a truly global brand.

The company’s research journey began with its Halol plant in Gujarat, India and continues with its top-notch technical centre in Frankfurt, Germany.

Its state of the art facilities focuses on upcoming techs such as electric vehicles, sustainability and smart tyres.

Whether the roads belong to Delhi or Dublin, CEAT studies and understands its customers’ needs and develops new products based on its findings. Its NPD process is detailed and designed to optimise development time through design automation, simulation and prototypes. With the help of automation, reduction of lead time has become the norm in its NPD process.

Performance evaluation is a mandatory part of product manufacturing of any kind. CEAT believes in putting all its products through stringent quality evaluation both indoors and outdoors.

CEAT’s indoor tyre test lab is a state of the art, world-class test centre to meet OEMs’ requirements. The company tests at global proving grounds under stringent conditions for quality testing such as ATP and Nurburgring (Germany), IDIADA (Spain), and Arctic Falls (Sweden) in Europe. In India, tests are conducted at Natrax, Vrde, BIC, and MMSC.

The company conducts standard evaluation tests to ensure that all its products meet the industry standards and stand out simultaneously. With its new workshop in Papenburg, CEAT is prepared for any event.

CEAT believes in a culture of innovation and has a dedicated team to normalise patent culture. It has filed 34 patents, out of which 27 are design patents.

It collaborates with industry experts around the globe, such as vendors like Bosch, Lanxess and Bekaert. It has technology collaborations with Italian designer Giugiaro for tread pattern design, BlackDonuts, among others.