Tyre manufacturer Sailun was established 20 years ago in eastern China’s Qingdao Economic & Technical Development Zone, which is known beyond the country’s national borders for its Tsingtao beer.

While the company initially started out as a tyre technology and testing platform provider, Sailun has itself long since become a recognised tyre manufacturer. Its six running state-of-the-art production facilities (four of which are in northern China, and the fifth of which is in Vietnam) have an annual production output of more than 60 million tyres.

But Sailun isn’t content to rest on its laurels. The company has got its sights set on achieving sustained growth and continuous improvement and becoming the smart alternative to the established premium manufacturers.

To this end, Sailun is investing around 20 per cent of its resources each year in further developing its tyres and is joining forces with Qingdao University of Science and Technology (QUST) to continuously improve its products. The National Engineering Research Center, where 300 specialists are conducting research into future generations of tyres, was established at QUST a few years ago. 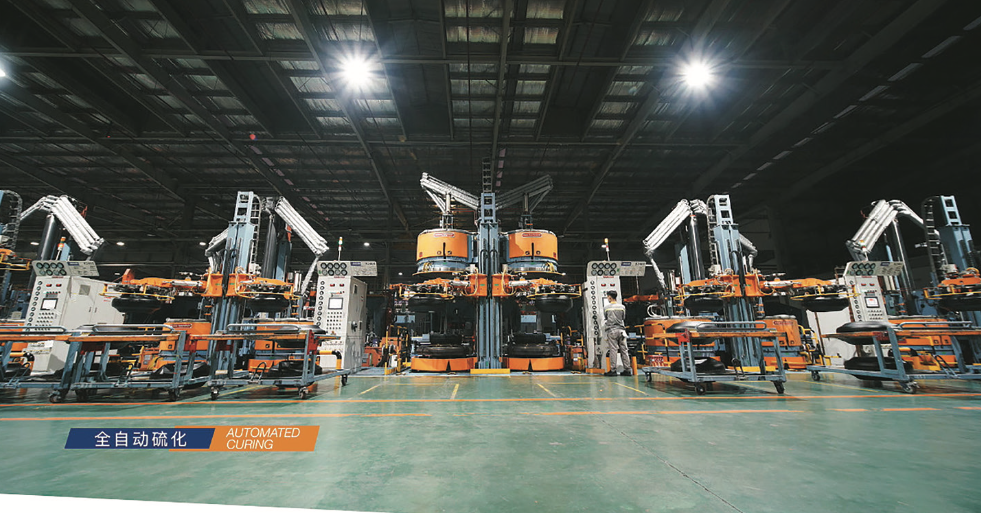 Sailun is already exporting tyres to over 180 markets worldwide, including European markets, where it sells around seven million tyres annually. Again, though, the company is aiming for figures higher than that. Sailun’s goals are ambitious, and the company is bolstered by high customer satisfaction levels.

The Chinese firm is keen to convince European customers of its products in the coming years by introducing innovations created in line with the very latest in manufacturing technology.

Gareth Passmore, Sailun Europe’s Senior Vice President (PCR and TBR Tyres), stated: “We are developing tyres for the cars people drive today and also for cars they will drive in the future. We offer smart solutions customers can rely on.”

The 16th “Asia’s 500 Most Influential Brands” ranked Sailun’s brand value at 58.7 billion RMB, ranking it at 335th. This is the third year Sailun has been ranked in the top 500 with gradual increases in rankings each year.

In the “2021 World Brand Summit”, Sailun’s brand value increase by 7.8 billion up to rank 121, and is the fastest growing within the tyre industry. Through various measures such as improving internal management, strengthening basic research, and optimising resource allocation, by 2025, Sailun will initially realise technological autonomy, manufacturing intelligence, and brand internationalisation.

These top tier products, marketing, and competitiveness will allow the group to enter the ranks of international tier 1 brands and become a globally respected, trusted and influential tyre company.

In June 2020, Sailun Group launched the “Eco-Rubber Cloud” industrial Internet platform to address the pain points of the traditional tyre industry such as complex manufacturing processes and difficulties in digital transformation, making it the world’s first rubber industry internet platform to be put into use.

Bantry Tyres
Bantry Tyres has recently been appointed as the sole distributor for the Sailun PCR, Van, and 4×4 ranges, on the island of Ireland. For more information on the Sailun PCR range, contact Bantry Tyres sales manager Brendan Brennan on 086 7766 846.