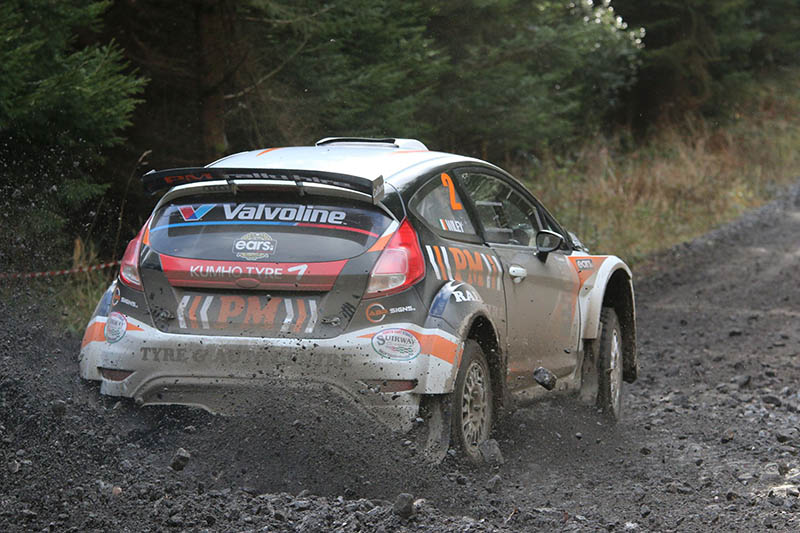 The Kumho Tire sponsored duo took full advantage of defending forestry champion Josh Moffett’s woes, when the Monaghan driver’s Fiesta suffered suspension damage on the second stage and dropped from a clear lead after stage one, to last place in the results. Moffett was able to resume later with the damage repaired, but he was completely out of contention thanks to his heavy time penalties.

Barry McKenna and Leon Jordan finished second, 19 seconds down on the winners, with Stephen McCann and Kaine Treanor one and a half minutes further back in third position. Mickey Conlon’s Escort was the best two wheel drive car, in tenth overall.