Prinx Chengshan, manufacturers of the Austone range of tyres, which are distributed in Ireland by Euro Tyre Sales, have developed a tyre, which has received top European tyre label results. 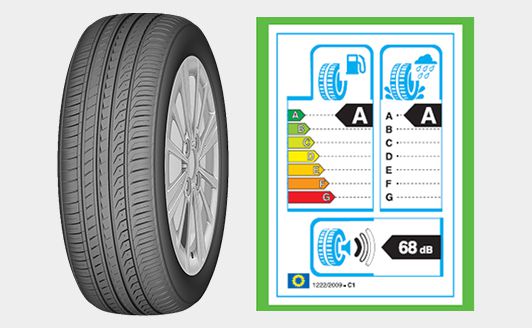 The company has developed a tyre in size 205 / 55R16 94V, which has received the AA1 label for rolling resistance, wet grip and noise, the highest grade awarded under the EU tyre label standards.

The company has developed a new pattern in size 205 / 55R16 94V. The new pattern recorded a score of 6.346N/kN in the rolling resistance test, 1.61 in the wet sliding index and 68dB in the noise tests. These numbers mean the new pattern receives the much sought after AAA1 EU Tyre Label.

The Euro-standard “AA1” is the highest rating since the implementation tyre labelling regulations in 2012.

Prinx Chengshan says its new “AA1” product is “ a new breakthrough in product performance.” The company said is a statement: “The newly developed 205 / 55R16 94V product with new pattern achieved “AA1” rating demonstrates that the independent R&D ability of Prinx Chengshan has been  boosted to a new level. Comprehensive improvements of product quality, product performance and product index in label rating can be expected soon.”