A recent study of road users in Ireland and the UK has found that 72 per cent of drivers have had to perform a dangerous manoeuvre to avoid the many potholes blighting the road network.

National Pothole Day says it surveyed over 1,000 road users, including motorists, cyclists and motorcyclists, to understand the everyday affects of potholes. 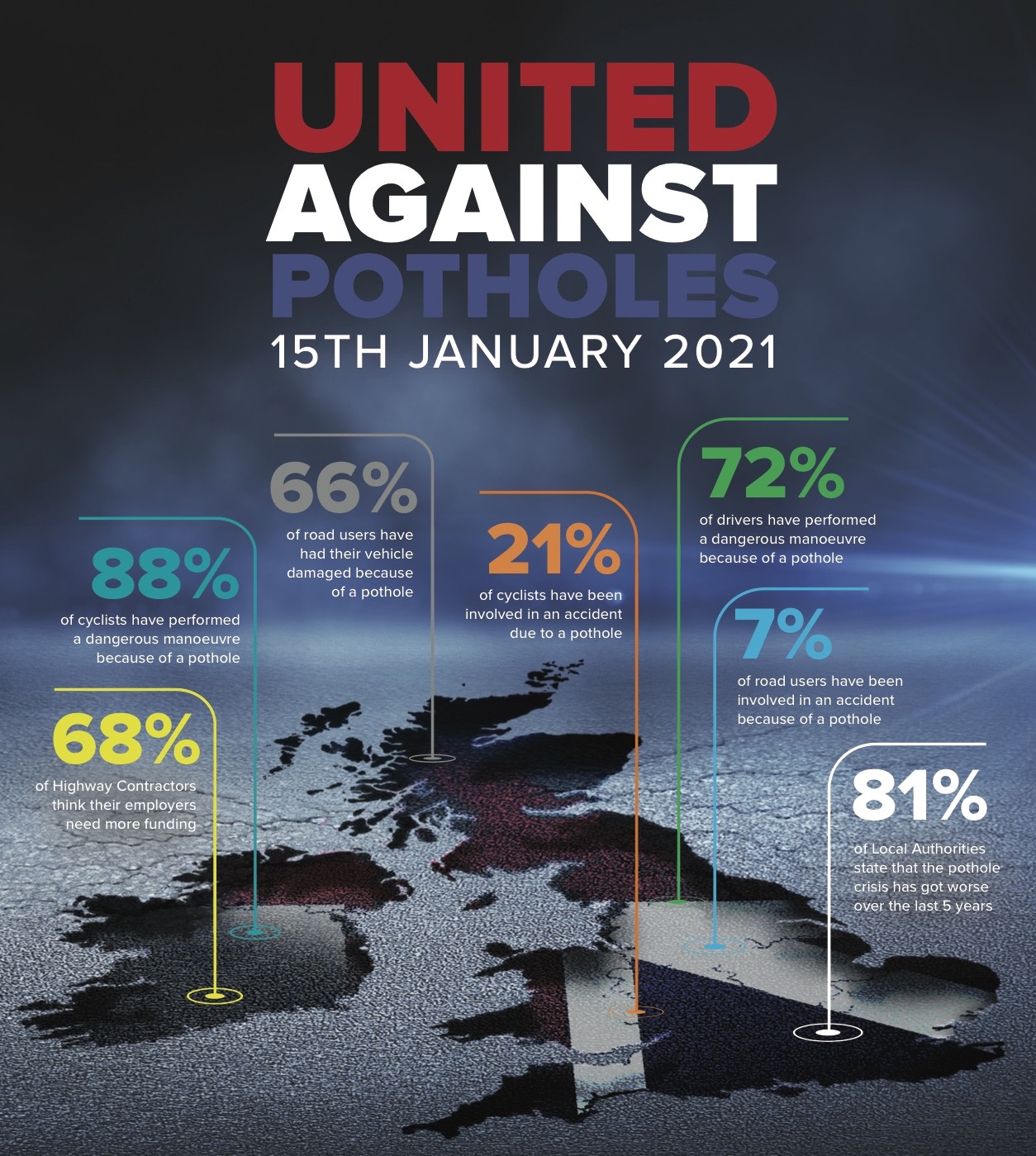 It found that seven per cent of drivers have been involved in an accident because of a pothole and that 66 per cent of people have had their vehicles and tyres damaged because of potholes, with 69 per cent spending over €100 on repairs.

National Pothole Day also reports that 72 per cent of drivers see at least five potholes on their daily commute and 70 per cent of motorists have experienced delays on their journey because of them.

It is therefore unsurprising that over 20 per cent of road users list potholes as the most annoying aspect of their daily commute – ahead of tailgating, speeding and road rage.

On the materials being used to repair potholes, one participant commented: “Cheapest of the cheap. Usually it doesn’t last long. We have one stretch of busy road (over a km long) where there are 15 large deep potholes on one side of the road and 10 on the opposite side.”