“We are ecstatic with this result,” says Falken Europe’s marketing and sales director Markus Bögner. “Thanks to the performance of team, drivers and tyres, we achieved our goal of a podium.”

“After fourth place last year, there was an expectation to improve on this,” says driver Peter Dumbreck. “The changing weather, with light rain in the night, made the track very slippery with a lot of cars going off but the Falken team led by Sven Schnabl made the right tyre choices and the Falken rubber performed superbly in these tricky conditions to make the difference. Everyone did a fantastic job, the car ran smoothly with just routine stops and we could get the podium we all hoped for.” 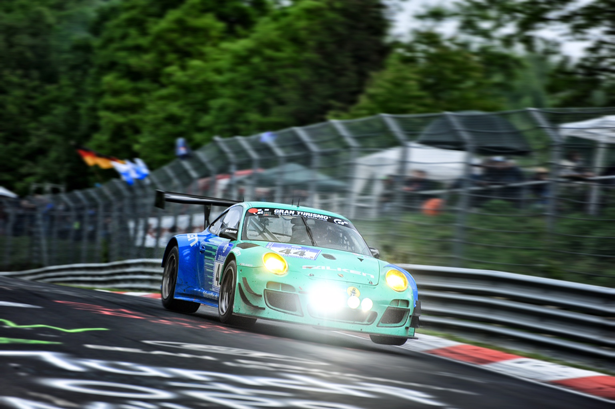