The start of the 35th edition of the Motul FIM World Superbike (WSBK) Championship is getting closer and it represents the 19th season with Pirelli in the role of official tyre supplier for all classes. Pirelli will be present at the pre-season tests that will take place from Monday 4th to Tuesday 5th April at the circuit of MotorLand Aragón.

This year, all eyes are on the official debut of Pirelli’s new extra soft SCQ compound, which it says was designed for sprint races and time attack, along with having an extremely soft compound, outperforming the popular SCX. During the WorldSBK 2022 season, the SCQ solutions will therefore be available to teams and riders for the qualifying session and for the Sunday morning Superpole Race.

During the winter break, Pirelli says its engineers continued their research and development work on this new compound and the Milan-based manufacturer is present at the pre-Championship tests with an SCQ solution, the A1359 spec, already tested and validated by most of the riders of the SBK class.

The Spanish MotorLand Aragón circuit has a rather aggressive asphalt, especially harsh towards the rear tyres. In fact, the surface has a pronounced roughness and the sand, which in windy days can be deposited on the track, may cause loss of grip and drift towards the centre of the corners. Pirelli states it has opted for both soft and medium solutions, the latter being useful especially during the morning test sessions in the event of low temperatures.

The front tyres, in addition to the wear caused by the aggressiveness of the asphalt, are also called to withstand violent braking at the end of the straight opposite the pits, and the steep slopes, which cause high loading on the front end. Also notable are the fast corners and multiple changes of direction, where a good level of precision and grip is required. 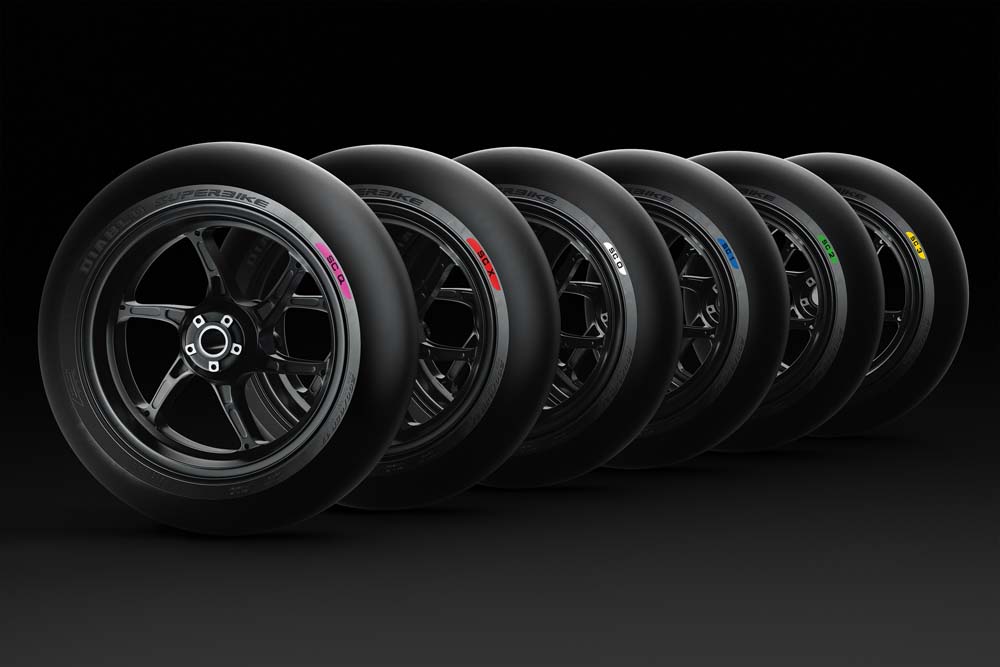 In the WorldSBK class, the riders will have available eight slick solutions, comprising of three front and five rear choices.

The front options available are two standard solutions, the soft SC1 and medium SC2, and one development solution. The SC1 development solution in A0674 spec was appreciated by the riders during the Jerez and Portimao rounds in 2021. Compared to the standard SC1, it features a new structure developed to improve rider’s front-end feeling, by increasing support in corner entry and mid-corner.

The two SCQ options are both development solutions: the A1359 specification represents the first SCQ solution validated by teams and riders during winter tests. It will be available during test sessions as well as the race weekend ahead. The B0230 specification represents an alternative only available during the pre-Championship tests, to allow Pirelli technicians to continue the development and fine tuning work of this new compound.

In the WorldSSP category there will be five dry solutions available to the riders, two for the front and three for the rear, all from the standard tyre range. For the front, riders will have the new standard SC1 compound, evolution of the development SC1 A0460, and a medium SC2 compound, which allows for more wear resistance than the first.

As for the rear, WorldSSP riders can choose from the standard super soft SCX compound, the standard soft SC0 compound and the standard medium SC1 compound, developed to offer the right compromise between constant performance and wear levels. Finally, the riders of all categories will have available the Intermediate and Rain solutions in case of wet weather.