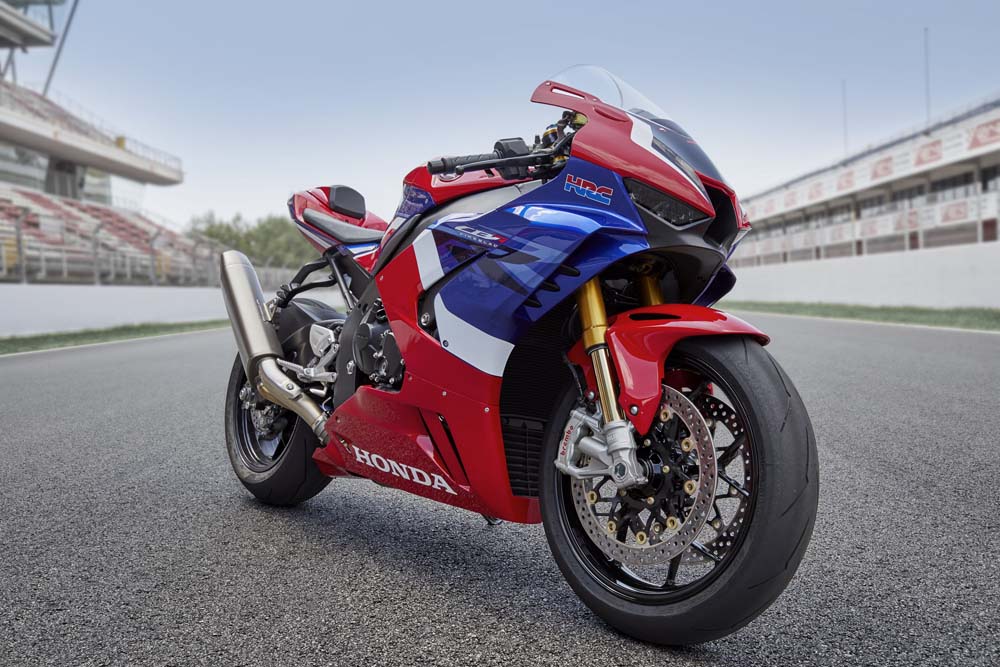 The Diablo Supercorsa SP is a concentration of technology which draws from Pirelli’s racing experience and heritage as sole supplier of the Superbike World Championship since 2004, transferring sport technology to high performance street legal products. Pirelli says this street tyre has been designed for bikers who have a sporty street riding style but also love the track.

Compared to the SC compound version, the Diablo Supercorsa SP has a rear bi-compound solution in order to give increased mileage and more grip while leaning. EPT (Enhanced Patch Technology) has also made it possible to use 23 per cent more soft compound in the shoulder area compared to its predecessor with 33 per cent of the pattern extension on each side, guaranteeing better grip in mid to full lean, according to Pirelli.

Finally, the polymers used for the SP compound helps achieve earlier warm-up and improved grip in all conditions.

The SP compound extends the mileage against racing specific compounds and withstands temperature variations for extended periods of time, typical of road duty and providing higher performance on wet surfaces. Pirelli tells us that the stiffness and friction coefficient of the compound have been studied to allow a very high cornering precision supported by an outstanding contact feeling, on top of the well-known high stability and absorption behaviour of Pirelli Supersport tyres. 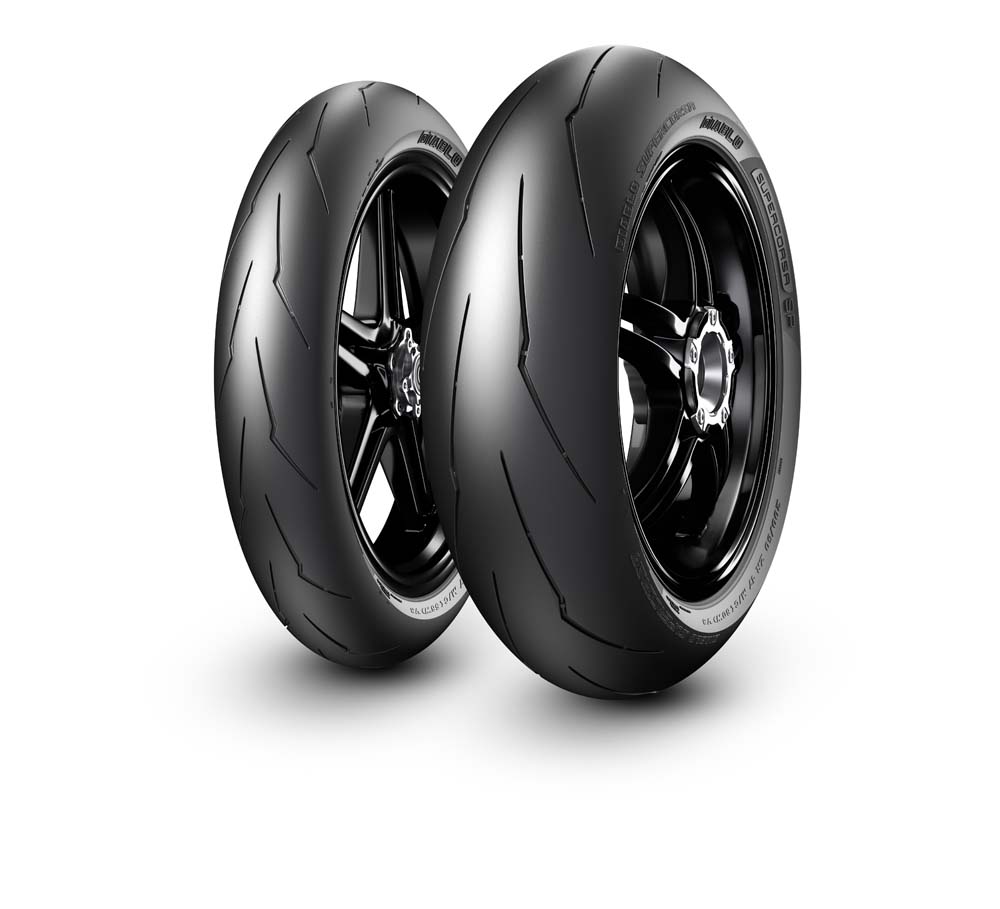 The performance of the compound is further enhanced by the aggressive single element tread pattern, which is the same in the racing SC tyres, which is repeated six times over the tyre surface. The result is that the “naked” area of the shoulders is 24 per cent wider compared to the previous Diablo Supercorsa, increasing contact area and grip. The longitudinal grooves, expanding from the central area to the shoulder, improve wear regularity, especially under severe usage and helps drain water.

The solutions adopted for the compound and the tread guarantee high levels of grip and traction, says Pirelli, allowing the motorcycle to maintain high speed when leaning. This made it necessary to use a dedicated structure with greater resistance to deformation. This is why the Diablo Supercorsa SP rear carcass is made from an innovative high module fibre, patented by Pirelli and developed in WSBK, with a considerably lower deformation ratio than the fibre normally used in street tyres.

The result is a carcass that is more rigid, both at the centre and in the shoulder area. This provides greater resistance to the stress created by aggressive cornering or when accelerating early out of turns with the bike still in a leaning position.