Pirelli has equipped the Lamborghini Countach in all its various guises – from the 1971 original to the new LPI 800-4, limited to 112 examples – in a technical partnership that has lasted for 50 years.

And one of the most enduring collaborations in the automotive world continues to this day, with Pirelli and Lamborghini still jointly developing cutting-edge technology that centres around performance, sportiness, and control.

The 2021 Lamborghini Countach is a hybrid supercar that puts out 814 horsepower and goes on to a top speed of 355km/h, forming a fitting tribute to an iconic model name that celebrates its 50th birthday this year.

Pirelli has equipped the new car with P Zero tyres in 255/30 R20 size at the front and 355/25 R 21 at the back, developed to enhance vehicle performance as well as safety, control and handling.

The tyre structure and compound have been optimised to reach the best possible roadholding in all driving situations, plus high levels of traction and braking in the wet as well as the dry.

For drivers looking for even more performance on a race track, the P Zero Corsa is available as an option: tyres that transfer the best of motorsport technology into use for both road and track. A dual compound tread and asymmetric design delivers the correct balance to achieve high speeds on track as well as generating the necessary amount of grip and traction.

On top of that, the P Zero Corsa offers strong resistance to the high thermodynamic stresses created by the cars that they are fitted to. 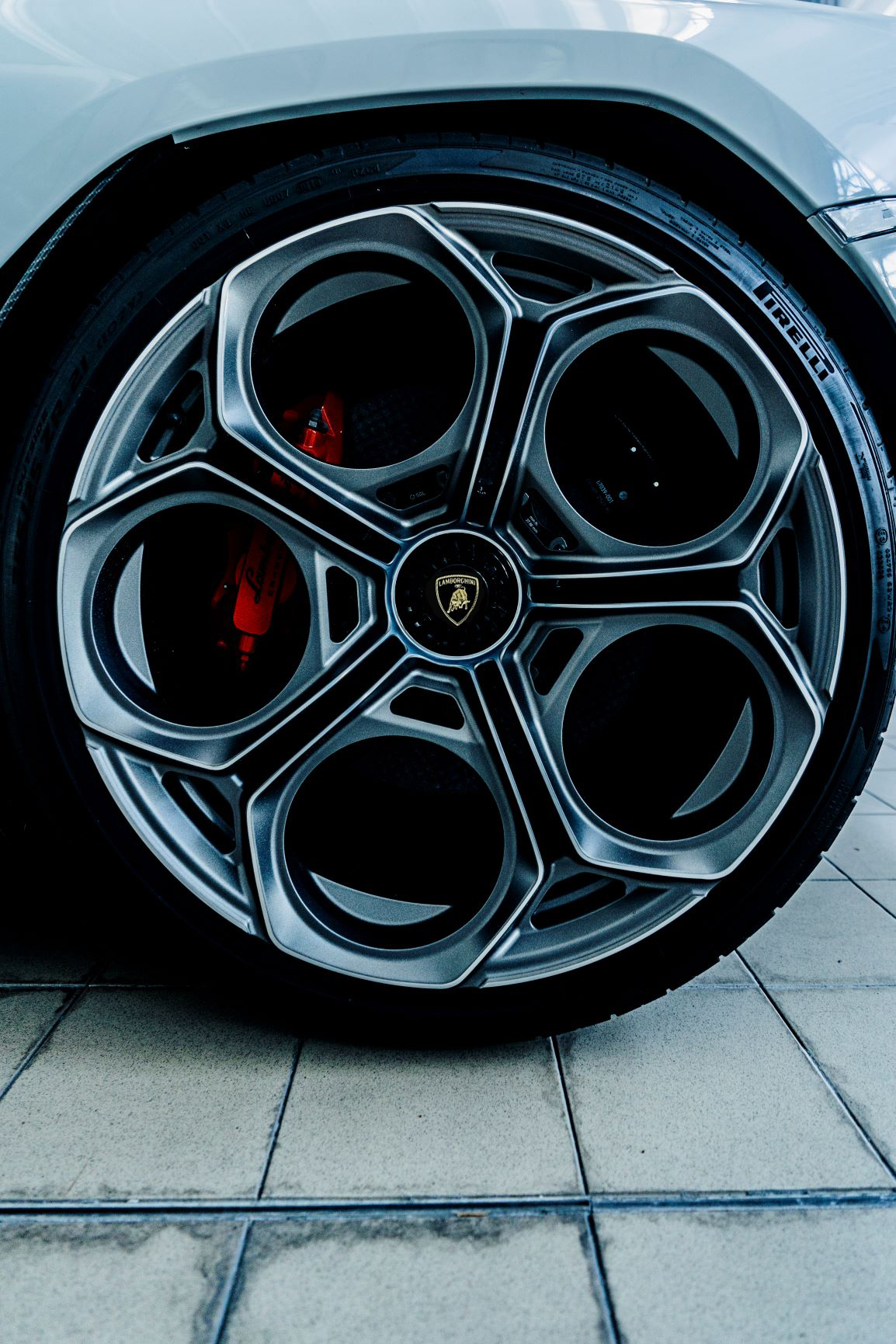 The Lamborghini Countach, born to be a revolutionary car that was even quicker and more technically advanced than the iconic Miura, became the archetypal 1970s sports car, as well as the forerunner to the modern generation of high performance supercars. In those days, Pirelli’s most sporting tyre was the Cinturato CN12, which equipped the Miura.

This was the tyre that was the origin of low-profile rubber, which then led to the birth of the Pirelli P7, chosen as original equipment for the Countach LP 500 in 1971. Two years later the Countach LP 400 arrived. With just 152 examples produced up to 1977, this is the most sought-after version by collectors.

The Countach 25th anniversary edition made its debut in 1988 and was the first Lamborghini to use Pirelli P Zero tyres: the range of tyres designed for supercars all over the world, which still equips the most powerful cars today.

Tyres for the historical versions of the Lamborghini Countach are still available today as part of the Pirelli Collezione: a family of tyres dedicated to the most iconic cars built between 1950 and 1980, which maintain the original looks of period tyres matched to modern technology.

The collaboration between Pirelli and Lamborghini dates back to 1963: the year in which Ferruccio Lamborghini asked Pirelli to equip the newly-created constructor’s first car. This was the 350 GTV, launched as a prototype at the Turin Motor Show the same year.

The production version of the GTV was badged as the 350 GT and used a tyre from the Cinturato family with HS (High Speed) specification: developed to equip sports cars that were already capable of reaching the 240km/h mark.

Pirelli then made bespoke tyres for the Lamborghini LM002 – the Pirelli Scorpion – the 1990 Lamborghini Diablo, thanks to a specific Pirelli P Zero, as well as the 2001 Murciélago and 2003 Gallardo with a tailor-made P Zero Rosso.

To celebrate this collaboration that has lasted more than half a century, Lamborghini also created a very special version of the Aventador: the Lamborghini Aventador LP 700-4 Pirelli Edition.

The Lamborghini range continues to expand right up to the present day, with Pirelli carrying on its mission to create dedicated tyres for the marque: from the Scorpion for the Urus SUV, to the P Zero and P Zero Corsa for the coupé, spyder and roadster models.