Phoenix Tyres on Jones Road, Dublin celebrates 50 years in business this year. The company, which was founded by the late Michael English continues to go from strength to strength under the stewardship of his sons Roger and Conor, writes John Loughran.

Phoenix Tyres has been located on Jones Road, Dublin in the shadow of Croke Park since 1971, making it arguably, the Capital’s oldest city- centre tyre retailer. 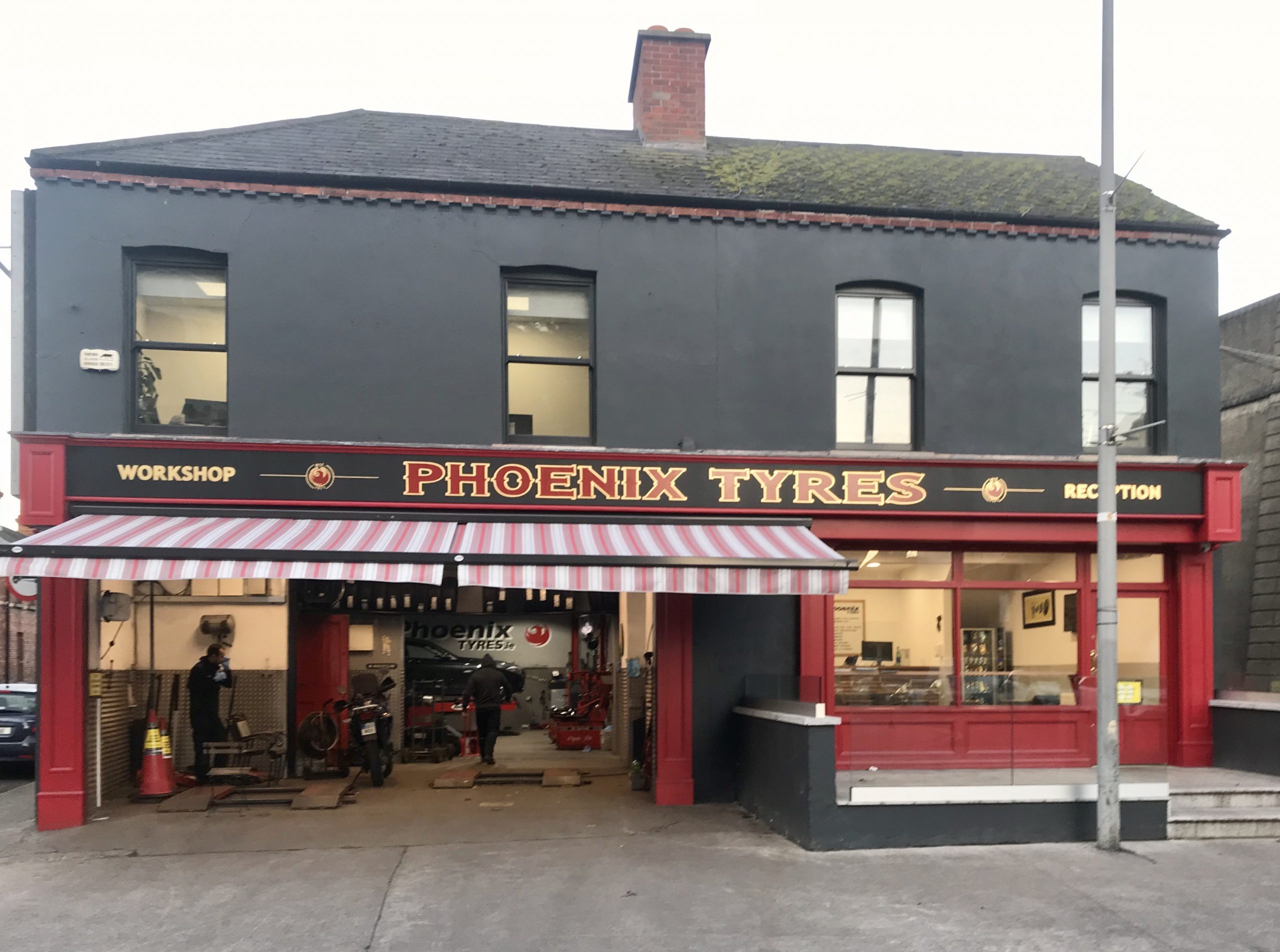 While other city centre tyre retailers have come and gone, Phoenix Tyres has continuously traded from the same location for the past 50 years – a remarkable feat in itself, given its high profile location.

The company has seen a number of boom / bust economic cycles since its inception in 1971, and resisted temptation to sell its highly valuable property on more than occasion.

Roger quipped: “Other retailers have sold up and moved out to the industrial estates, but we stayed put in the middle of our customers.”

Phoenix Tyres retails Car, Van, SUV, 4×4, Truck, ATV and Agri tyres from its premises on Jones Road, and has three mobile units on the road to cater for its fleet customers.

The company’s association with the fleet sector dates back to the early days, when Phoenix Tyres garnered lots of work from nearby Dublin Port. It’s a relationship that has endured and flourished over the last 50 years.

Phoenix Tyres is a Bridgestone Partner outlet and service providers for Bridgestone commercial and consumer fleets. The company also has longstanding relationships with leading tyre wholesalers Bridgestone, Tractamotors, Euro Tyres, Mileage Tyres in the local market along with Inter-Sprint in Holland. 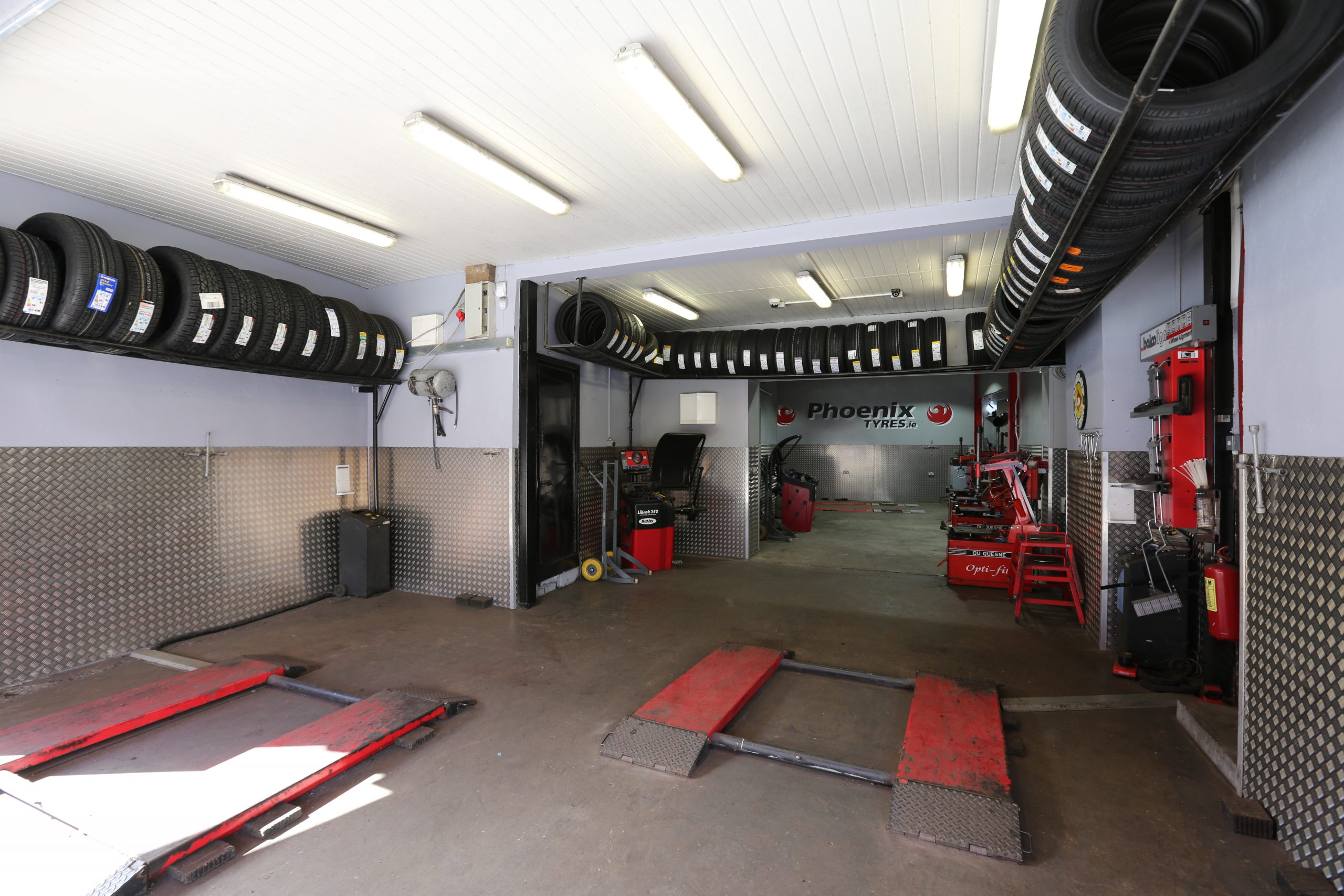 The company benefits from high levels of local repeat business, a mixture of consumer, trade and fleet. As Roger succinctly put it: “We supply tyres for everything from a hand trolley to a Rolls Royce.”

One illustrious sporting neighbour, the GAA, on the other side of Jones Road is a case in point and has availed of the company’s services down through the years. “We have supplied tyres for pitch maintenance machinery along with staff vehicles and have a good relationship with our neighbours,” Roger remarked.

Phoenix Tyres has always ploughed its own furrow and has never been tempted to join any of the retail chains operating in the country. The company is a close-knit family run affair and the brothers like their own independence, and aren’t tempted by the lure of being part of a larger chain.

“Our customers like the honest and familiar feel of a well managed local small business,” Roger remarked.

Similarly, Phoenix Tyres is content with being “tyre specialists” and have never been tempted to expand into the so-called fast-fit operations.

It’s a philosophy that has worked well for the brothers over the years as Roger explained: “We just do tyres, we don’t do services, brakes or exhausts. Consequently, we get a lot of referral work from local independent garages.”

“We are not in competition with the local garages, so they are happy to put the work our way.”

Not content to sit on its laurels and with one eye on the 50th year anniversary celebrations Phoenix Tyres gave the premises a make-over last year with a plush new waiting room / reception area inside, while the exterior of the premises also got a face-lift.

This builds on the refurbishment of the workshop a couple of years back, which saw new tyre changers, wheel balancers and wheel alignment equipment installed.

Phoenix Tyre called on the services of Pitzone to supply the equipment, and was particularly taken by the Italian manufactured, Butler equipment supplied.

Likewise, Roger was also fulsome in his praise of Compilator, the tyre and fast fit software solutions provider, which recently updated its systems to TEAM 2, the ward winning software for the tyre trade. 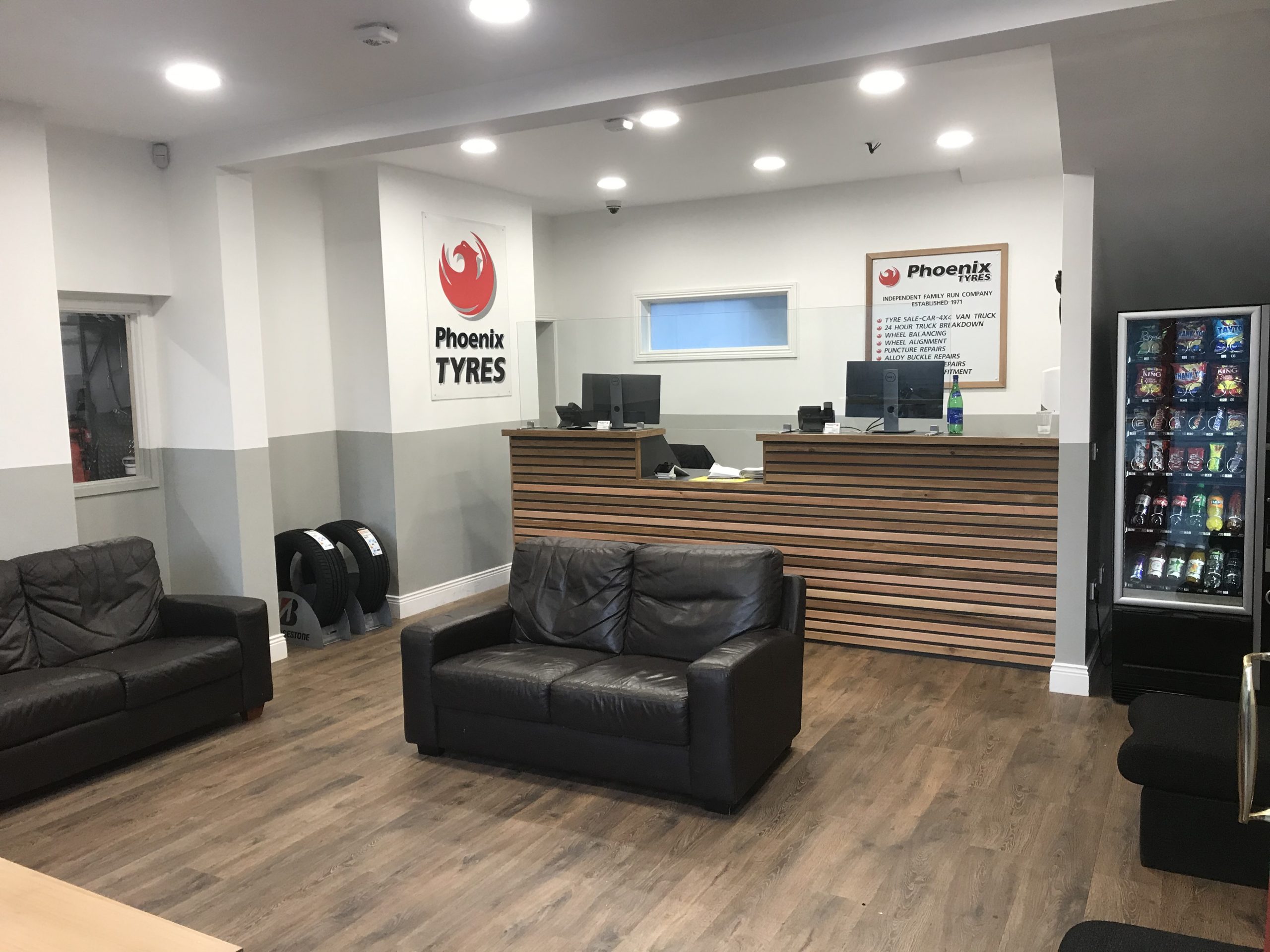 Compilator also designed, built and hosts the company’s website. Phoenix Tyres, which employs a full-time staff of eight, has three very busy fitting bays onsite along with three mobile units that dart over and back across the city.

It’s a high energy, high volume business, where the customer is placed at the heart of every fitment. It’s a winning formula that has stood the company in good stead for the past 50 years and will do so into the future.

Roger concluded with the secret to Phoenix Tyres success….”Hard work….. a lot of hard hard work!”