Leaving the primary and crucial consideration of safety aside for a minute, If you labour under the misconception of thinking buying part worn is cheaper than buying new, you need to think again. Here are the reasons why this is certainly not usually the case.

Why? Part worns have been used, so they have less tread left on the tyre, which means although the price you pay may be lower, you’ll need to replace it much more quickly.

Part worns may seem cheap but could cost you more in the long run. Part worns have substantially less tread than a new tyre, so you’ll need to replace it much more quickly- potentially very quickly. 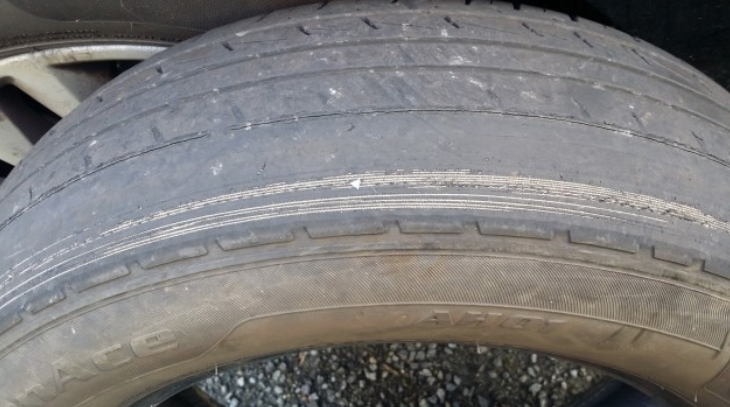 The minimum legal requirement of tread left on a part worn here is 1.6mm, which is the same minimum legal tread for a car or van tyre on European roads.

In the UK, the minimum legal requirement of tread left on a part worn is 2mm, but that is still olly the difference between them and the minimum legal tread depth of only 0.4mm, which is half the thickness of a credit card.

By comparison, a new tyre’s tread depth usually runs between 7mm to 8mm.

Penalties for driving a vehicle with tyres below the legal tread depth are severe, with up to £2,500 and three penalty points for each tyre.

Here there is a fixed charge notice of €80 and two penalty points, if paid within 28 days, and up to four penalty points and an increased fine of €120 if the matter goes to court.

However, if you are convicted of the offence of driving with dangerous tyres on Irish roads, you could be fined up to €2,500, or receive a 3-month prison sentence, or both. You will also have five penalty points on your licence for such a conviction.

Remember, that while the pricing argument obviously does not stand up in favour of part-worn tyres, it is your safety, that of the occupants of your vehicle and other road users that matters most, and on every possible consideration, new tyres are the only real option.

You can check out the Road Safety Authority’s ‘Guide to Tyre Safety here.

Did you know?
Late last year the Road Safety Authority announced that each month 8,500 vehicles are classified as being dangerously defective for tyre tread and tyre condition across the NCT and CVRT testing systems.

RSA research shows that there is no component in your vehicle that is as likely to contribute to a crash as your tyres. It was found that tyres were a contributory factor in an average of 14 roads deaths per year.

It added that driving on dangerous or under-inflated tyres puts your life and the lives of other road users at risk so don’t wait until your NCT comes around to check the health of your tyres. Your tyres are the only point of contact between your vehicle and the road, and yet, their importance to a vehicle’s safety and fuel economy is often overlooked.