Nokian Tyres says it is completing construction and ramping up testing at its new $70 million Spain test centre. The tyre maker is also preparing to launch full operations there later this year. 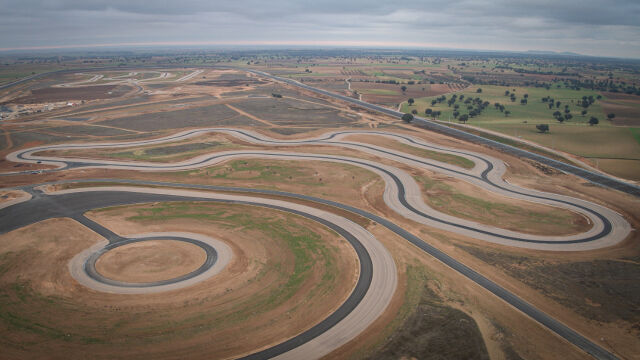 The 740-acre facility, which is located about 60 km south of Madrid, features 10 tracks that will enable Nokian Tyres to develop and test products, including the company’s growing portfolio of all-season tyres, many of which are made at its North American factory in Dayton, Tennessee.

The Spanish test centre’s showpiece is a 7.2 km (4.5 mile) high-speed oval track that enables testing at speeds up to 300 km/h (190 mph) per hour. Other tracks will test properties such as wet and dry handling, braking and hydroplaning. The facility will also conduct tyre approval tests, such as noise and wet grip grading.

The new test facility is the latest step in Nokian Tyres’ investment in strengthening its global product portfolio, from winter and all-weather tyres to all-season products, a growing market segment for the company in Central Europe and North America, it says.

Nokian Tyres broke ground on the Spain test centre in May 2018 and plans to begin full product testing and development operations there later in 2021. The compound is Nokian Tyres’ third global test facility, joining its renowned Ivalo test centre north of Finland’s Arctic Circle and a facility close to its global headquarters in Nokia, Finland.

The site houses a visitor centre that will host product launches and training sessions, as well as an ode to Nokian Tyres’ Nordic heritage – a traditional Finnish wooden sauna. A sustainability leader in the tyre industry, Nokian Tyres preserved approximately 25 hectares (62 acres) for wildlife protection; the land will eventually include a nesting house and ponds to help sustain native animal populations.