Nokian Tyres has introduced a concept tyre which it claims is made almost entirely from environmentally friendly materials.

The Green Step concept tyre is described by Nokian as a “masterpiece of sustainable innovation”, with its design consisting of 93 per cent of the materials either recycled or renewable.

The tyre maker expects that by the end of the decade, half of all raw materials used in its tyres will be recycled or renewable. 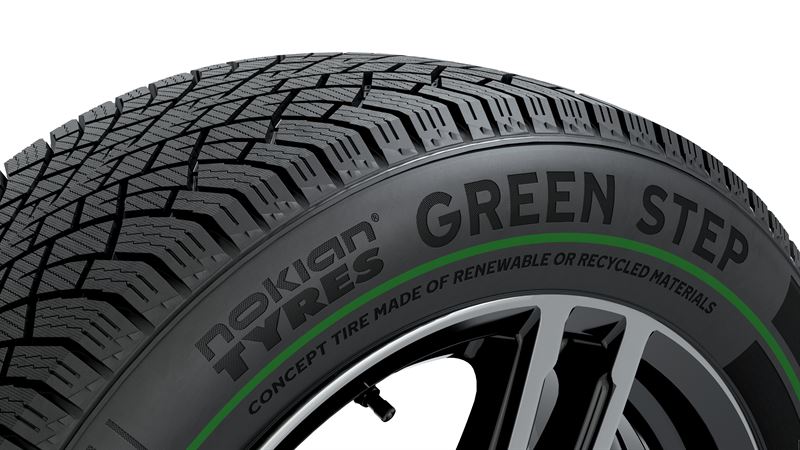 All rubber used in the Green Step concept tyre is natural, and renewable oils such as canola oil, is used. Almost all plasticiser, resin and processing aids are from renewable resources.

In addition, natural rice husk ash silica works as a main filler for the tread and sidewall, and renewable cord fibre is used to make the tyre tougher.

Nokian boasts that almost every component of the Green Step also includes some recycled materials. For example, the carbon black used in the rubber compounds was derived from end-of-life tyres, and the butyl used in the inner surface as well as the steel in the steel belts and bead wires in the structure are mainly recycled.

According to Nokian, the Green Step is a winter tyre and it is drivable on snow and ice. Some of the materials used in the concept tyre are familiar from various Nokian tyre models.