Nexen Tire has renewed its sleeve sponsorship of Manchester City Football Club for a third term. 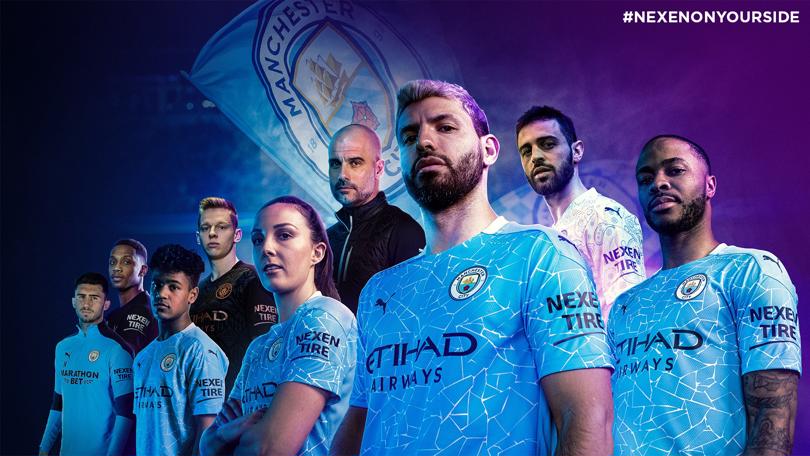 The partnership began in 2015 and has grown to include sponsorship of both the men’s and women’s teams, elite development squad and esports players as well as extensive collaborations across digital content campaigns and grass roots football programmes around the world.

The partnership made history in March 2017 when City became the first Premier League club to announce a sleeve partner, with Nexen Tire branding appearing on the playing shirts since the start of the 2017/18 season.

Starting from the upcoming 2020/21 season, Nexen’s sleeve sponsorship will extend to the City women’s team for all domestic competitions, the men’s team’s training kits and Manchester City esports team, making Nexen Tire the club’s consistent sleeve partner across all available teams and competitions.

Off the pitch Nexen Tire’s presence continues with branding on the first team bus and throughout key locations across the Etihad Campus, including the Nexen Tire bridge that connects the City Football Academy to the Etihad Stadium.

Travis Kang, global CEO of Nexen Tire, said: “We first partnered with Manchester City in 2015 after seeing the immense potential of the club and many opportunities ahead. Over the past five years, our relationship has grown from strength to strength, and we have also been able to boost our presence in the global market.

“We will use this partnership extension to continue building synergy as a strategic partner while sharing our company values by rolling out a series of digital campaigns and exciting youth programmes.”