Pirelli will showcase a new snow and ice tyre for R5 cars on the Arctic Rally this weekend (January 15-16), the opening round of the Finnish Rally Championship.

The new tyre, called the Sottozero Ice WJ, incorporates very long titanium-tipped studs that protrude more than eight millimetres out of the tyre, locked into place using Pirelli’s patented vulcanisation process to ensure retention. There is also a new tread pattern design, created to capitalise on the increased grip that the Sottozero Ice WJ provides. 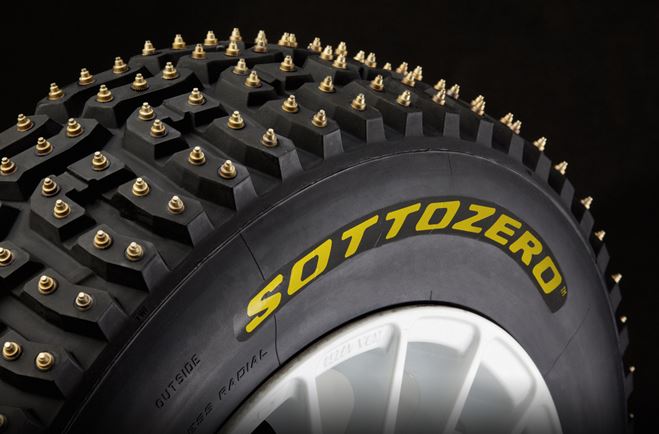 This tyre will be available commercially for national championships that are characterised by extreme winter conditions, such as those run in the Scandinavian and Baltic regions.

Their first test will be the Arctic Rally held near Rovaniemi in the north of Finland: a famous snow event where temperatures in the past have sometimes dipped lower than minus 30 degrees centigrade.

Drivers in the R5 class using Pirelli’s new tyre on the Arctic Rally include teenage ace Oliver Solberg, in his first event with Hyundai, as well as reigning Finnish champion Teemu Asunmaa in a Skoda Fabia and rising star Mikko Heikkila in another Skoda.

Another version of the new Sottozero Ice WJ will be available for two-wheel drive cars and historic cars, underlining its suitability for all types of traction. However, both variants are for national championships only, meaning that this tyre won’t be seen on the World Rally Championship – which Pirelli will supply exclusively from this year – nor on World Rally Cars.