Rising star of British motorsport Dan Zelos will compete in Davanti colours as he attempts to claim the senior title in the 2020 Mini Challenge. 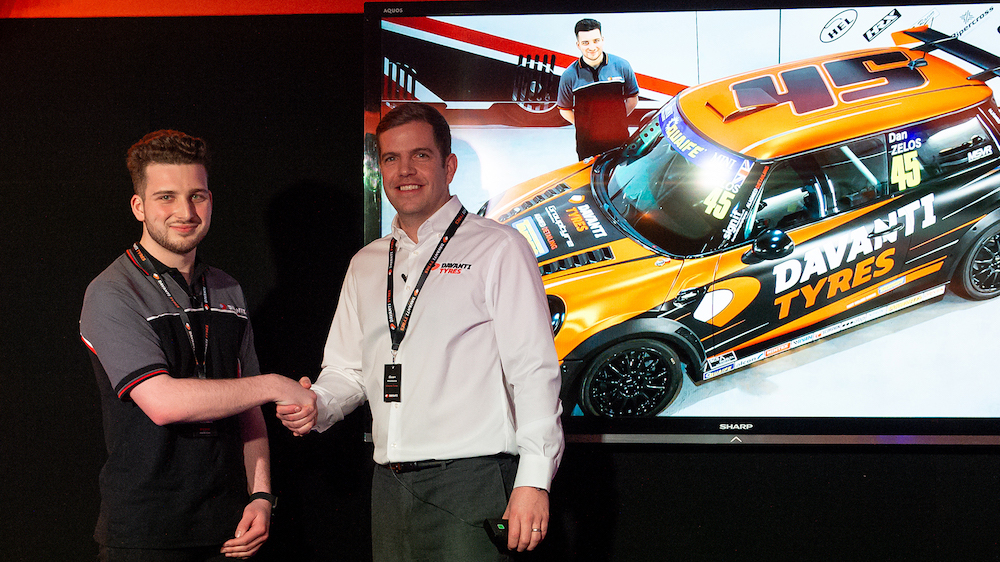 Joining Davanti’s growing stable of partners as the Mini Challenge series moves to the British Touring Car Championship (TOCA) support package was a natural fit for the Norfolk-born racer, who has also re-signed with Excelr8 Motorsport.

The series’ new home means Zelos will be showcasing his skills – and the Davanti brand – to more than 20 million television viewers live on TV and more than 300,000 trackside spectators over the course of the campaign.

“I’m constantly looking to evolve as a driver and look at ways to maximise my potential,” Zelos said.
“After winning the Rookie Cup last year I felt it was time to re-evaluate a number of things in my career to help me take the next step and when I met Davanti Tyres it was a great fit.

“The competition this year is going to be tough. The Mini Challenge joining the BTCC calendar has attracted a lot more attention. I’m sure that drivers will be clamouring for places on the grid.

“But I have the confidence. I was in the running for the senior title last season and I proved myself in this series with my Rookie Cup win. I may have a target on my back but I’m focusing firmly ahead.”

Sean Maddocks, Davanti Sales Manager for the UK and Ireland, said that signing Zelos was a coup for the brand.

“We are thrilled Dan has joined Davanti Tyres,” he said. “For a British brand, supporting a young driver acknowledged by the BRDC as a rising star and with the potential to be a national champion is a fantastic opportunity.

“After last year’s impressive performance we have high hopes for Dan this year. We’re confident that by the end of the season he will be leading the way!”