Last month, the Bugatti Chiron became the first near production car to break the 300mph barrier after reaching a speed of slightly over 304mph (490km/h). 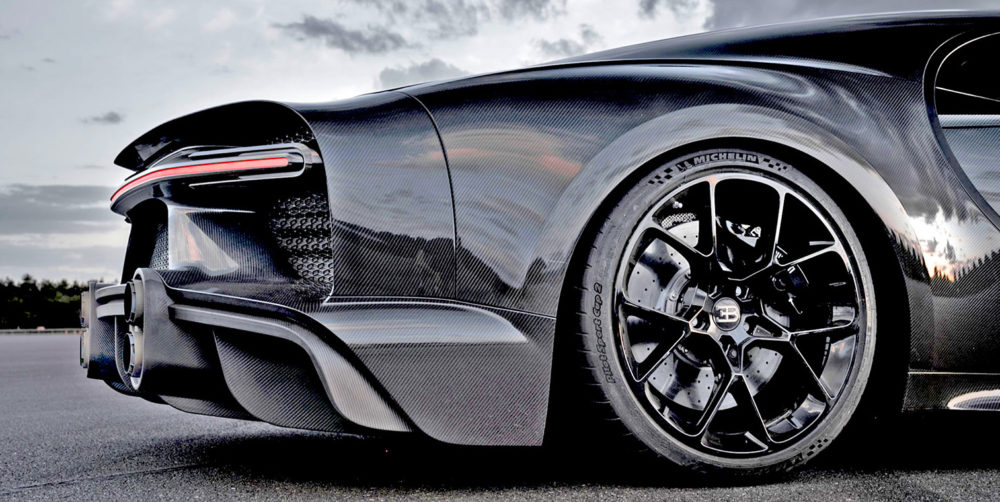 The Michelin Pilot Sport Cup 2 tyres used for the record were very similar to the regular OE tyres. They are marked ‘BG’, meaning they can only be fitted to the Bugatti, and they are completely street legal – the only difference is that the casing belts of the tyres used on the record-breaking Chiron were reinforced, specifically to handle the 5,300g which the tyres must withstand at these very high speeds.

During the development of the Pilot Sport Cup 2 tyres which were designed specifically for the Bugatti Chiron, Michelin used its technology centre in Ladoux, France, and its site in Charlotte SC, USA where specialist machinery was employed to carry out the most extreme tests on the tyres. In order to test the tyres at the extreme speeds that the Bugatti Chiron is capable of, Michelin used a test machine which was designed to test tyres fitted to the Space Shuttle, and can test at up to 510km/h.

Commenting on the record, Pierre Chandezon, Bugatti tyre design team leader at Michelin said: “Michelin is very proud to have been an integral part of this record and it is the fruit of the relationship between us and Bugatti which stretches back almost 20 years. With this in mind, it was the trust built up over this time that gave Bugatti the confidence to allow Michelin to develop the sole original equipment fitment tyres for the Chiron.”

For this exceptional vehicle, Michelin and Bugatti engineers have collaborated on the joint development of the tyres and the chassis, making the most of cutting-edge casing designs, materials and the latest production techniques. This simultaneous co-development of the tyre and the car brought together the optimum levels of tyre performance for the Bugatti Chiron.