Michelin has been chosen by Ferrari as an official tyre supplier for its new 296 GTB.

With the launch of each new model, Ferrari tops the performance of the previous generation. Michelin shares the same philosophy and has been taking up the challenge alongside the car manufacturer for many years, designing special made-to-measure tyres. 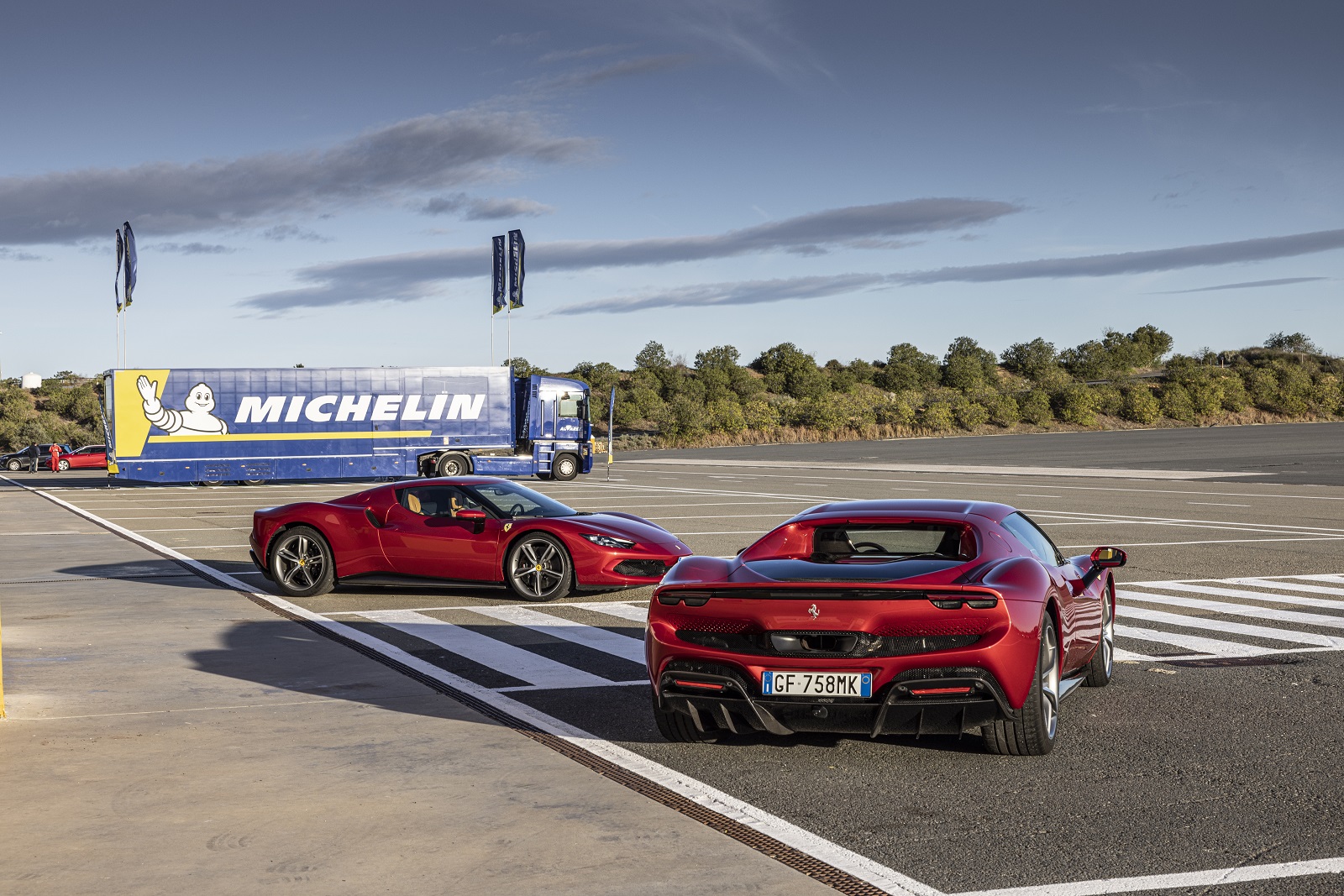 The 296 GTB tyres were specially designed in a joint project between Michelin and Ferrari. The tyres are identified by Ferrari’s own marking with the ‘K’ symbol on the sidewalls.

A bespoke design was the only solution to achieve the performance levels demanded by Ferrari, according to Michelin.

The tyre maker says it was involved right from the start of the project, from the moment the technical specifications were defined. It took four development cycles and 18 months to design the tyres which are now approved for sale.

The use of highly advanced, cutting-edge simulation tools was an important factor, Michelin says. They enabled a significant reduction in the environmental footprint of the project due to the manufacture of fewer prototype test tyres, while also reducing the number of physical tests and development time.

The simulator also enabled the tyres to be fine-tuned for the vehicle with great precision.

During test sessions, some of which were on the Fiorano circuit in Italy, Michelin says it collected valuable data to achieve very high-performance levels in terms of grip, feel and driving precision.

Hervé Charbonnel, Michelin tyre development engineer said producing these tyres alongside Ferrari was a challenge and a great adventure.

“Thanks to our know-how associated with the use of simulation techniques, we were able to push the limits of grip with a new optimisation of the tread, while providing precision and the sensations of sports driving that are such crucial characteristics of Ferrari,” Charbonnel added.

Michelin says it has developed two innovative components and two special technologies to create both of the tyres with very different uses, and has done so under its all-sustainable strategy: reduced use of raw materials, lower rolling resistance, reduction in the number of tires manufactured and the number of physical tests carried out.

This includes a hybrid belt composed of aramid and nylon results in optimum transmission of the driver’s inputs; multi compound technology; and an innovative internal technology wavy summit.