Coast-to-Coast Recycling says it has been “hugely impressed” with the longevity of Michelin’s RoadBib tyres, after they clocked up more than double the mileage of any other agricultural tyre it has fitted to its JCB Fastrac fleet.

The Easingwold-based business has just replaced its first set of 600/70 R30 RoadBibs, that were fitted on a JCB Fastrac 4220, having recorded over 60,000 miles transporting waste to and from various sites across North Yorkshire. 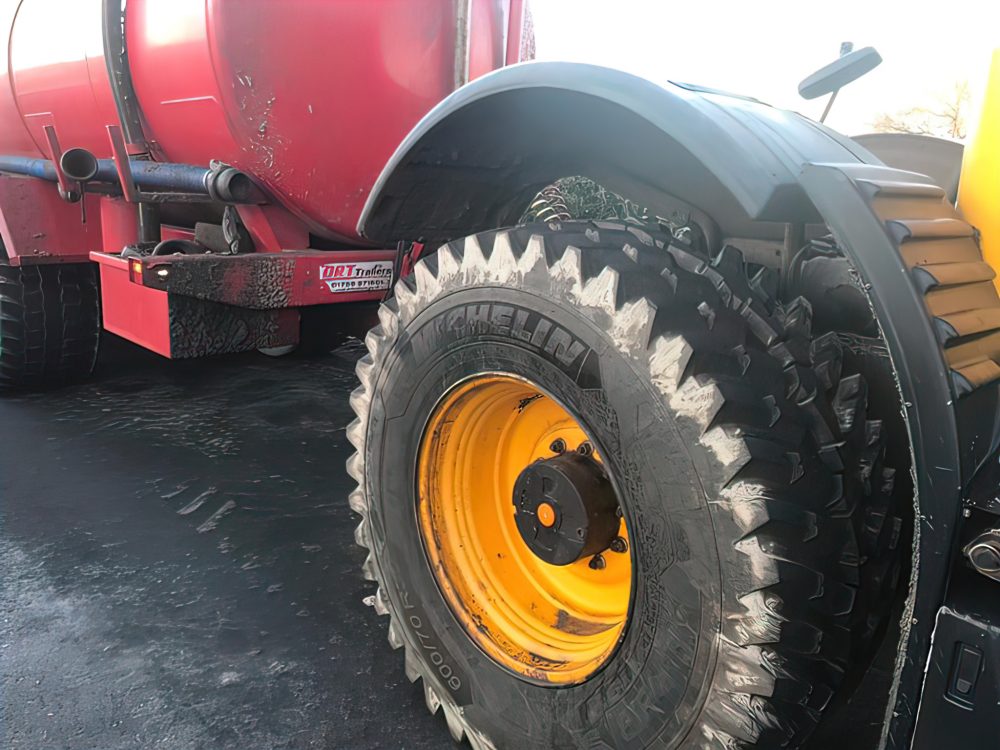 David Coning, Coast-to-Coast Recycling MD says: “This was the first time we have used the RoadBib tyres and you really can’t argue with the mileage they have given us.

“The first set has lasted twice as long than any other agricultural tyres have done in the past, in this application.

“We run eight trailers, and five JCB Fastracs, moving all types of waste into farms and agricultural sites across the county, so we are clocking up a lot of miles on the road. For this type of work, the RoadBibs are perfect.”

Launched in 2018, the Michelin RoadBib is specifically designed to provide high performance, longevity and traction on farm machines used intensively on the road.

This allows 40 per cent of the tyre to remain in contact with the road surface – a 60 per cent increase versus a traditional Michelin lugged agricultural tyre – whilst increasing driver comfort and extending tyre life.

Coast-to-Coast will now look at equipping the rest of its Fastrac fleet with RoadBib tyres as wear dictates. The business is also beginning to utilise the latest generation Michelin TrailXBib VF tyres on its DRT trailers.