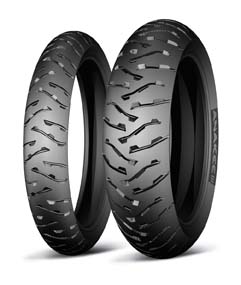 Michelin Pilot Street: a tyre designed for sub-500cc motorcycles which will be available in radial and cross-ply versions from April 2013

A new version of the hugely popular Pilot Road 3 which has been specially developed for the BMW K 1600 GT will also be available from around April.