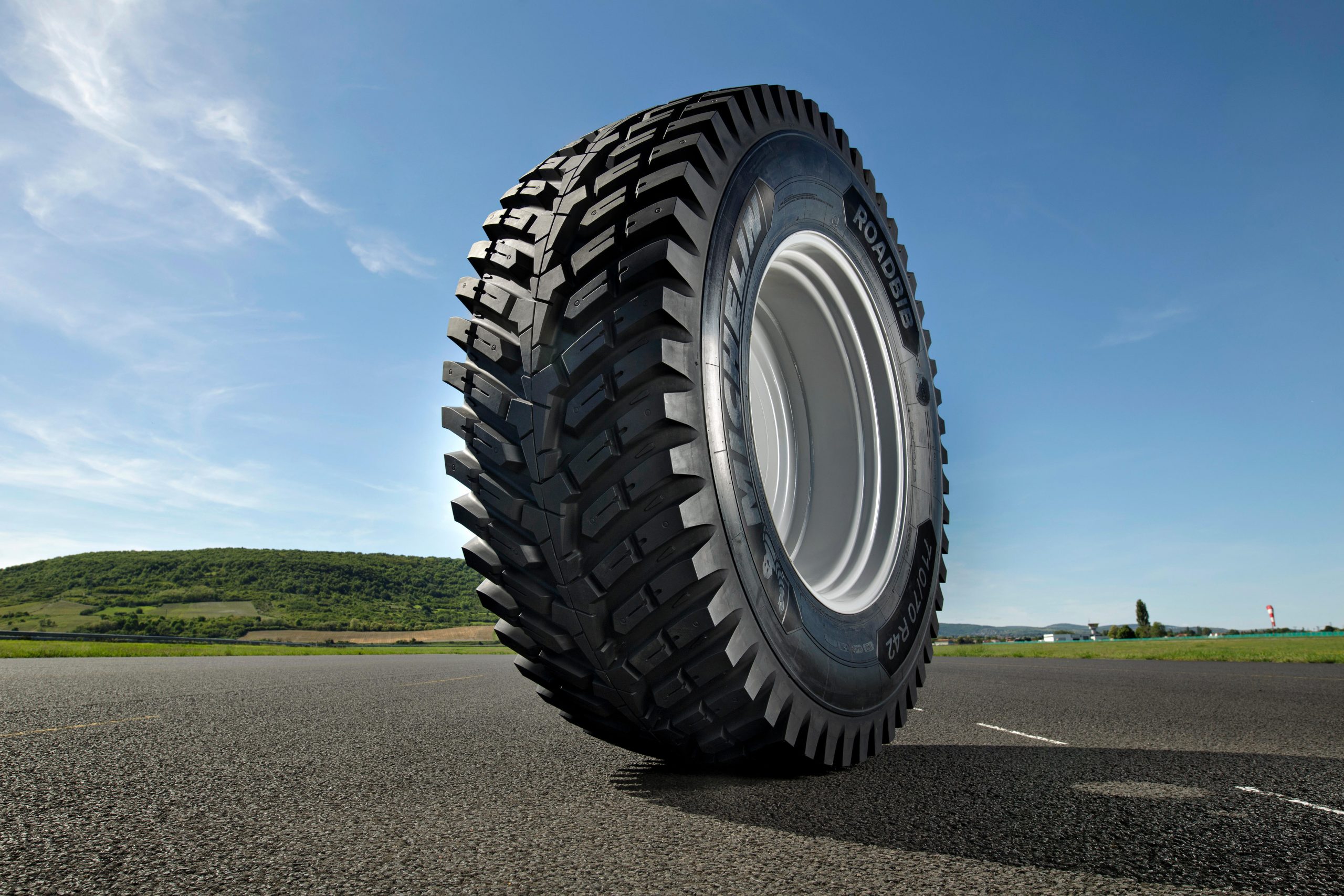 Launched in 2018, the RoadBib is said by the manufacturer to be the first tyre for 200+hp agricultural tractors specifically designed to provide high performance, longevity and traction on machines used intensively on roads.

Commenting, Gordon Brookes, Michelin’s Customer Engineering Support Manager, says: “The Michelin RoadBib has been a huge success since it was introduced. The majority of farm and construction contractors typically spend more than 50 per cent of their time on the road – which is the equivalent to 80 per cent of their total distance travelled. These tractors are often coupled with heavy trailers, which only adds to the stress placed on the tyres.

“Our research and development team worked hard to find a solution that would solve these problems and design a tyre that would excel on tarmac and hard soil roads, whilst also performing well on soft soil in the field.”