Thoresby Farming near Newark, Nottinghamshire has more than doubled the productivity of its main cultivating tractor after upgrading to a Fendt 1050 featuring VarioGrip technology. The flagship Fendt was specified from the factory on a set of AxioBib IF 710/60 R38 and IF 900/65 R46 fitments – Michelin’s largest agricultural tyres. 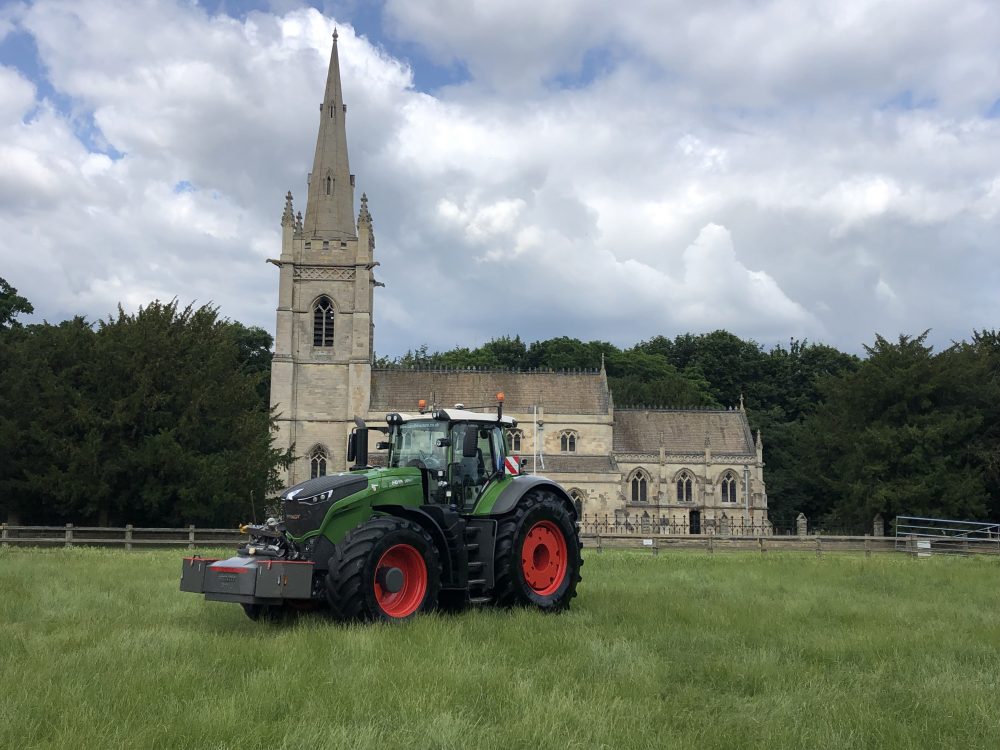 Jamie Robson, operator at Thoresby, has accumulated two years of data to demonstrate the performance advantage from the Fendt and Michelin combination, versus the competitor model it replaced.

The Fendt 1050 entered service in 2017 and, along with a five metre Vaderstad Topdown, covers more than double the hectares per hour of the old tractor, with reduced slippage and at lower tyre pressures, reducing soil damage.

“We’ve found the Fendt and Michelin combination manages 4.4ha/hr compared to the 2.1 we were getting,” says Robson. “The Fendt has eight per cent average wheel slip, compared to 13 per cent from the tractor it replaced and, when you take into consideration the amount of ground it’s covering in a day, the fuel efficiency is also far superior.” 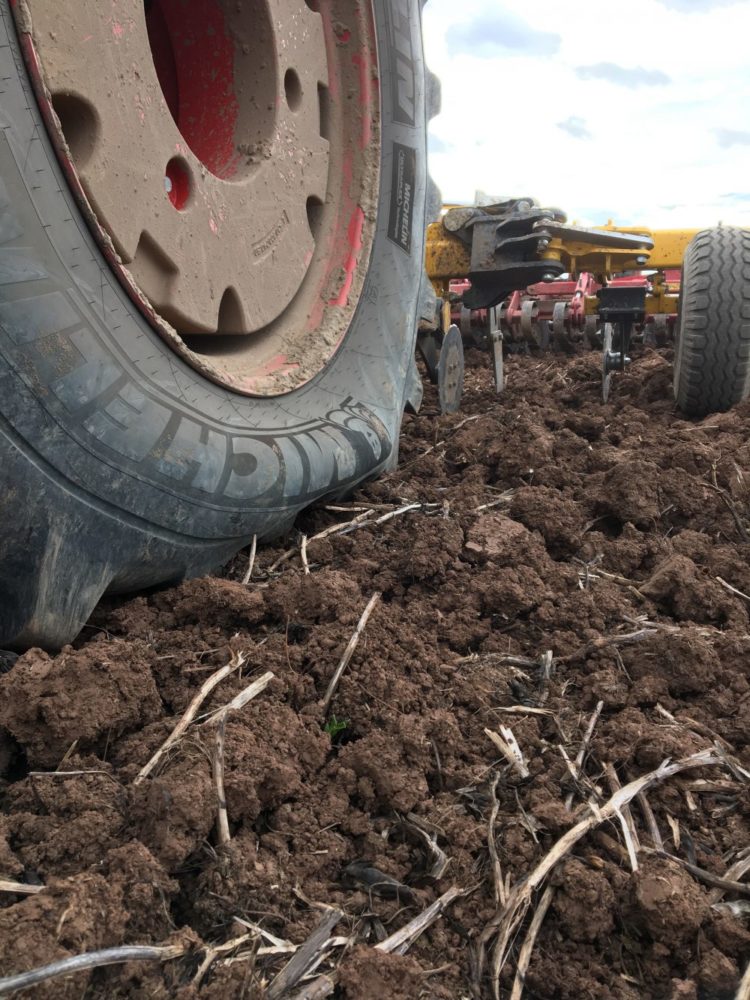 Designed to allow high-horsepower tractors to fully transmit their engine torque, Michelin’s AxioBib range can operate at low pressure with a larger footprint than conventional agricultural tyres. Their superior traction means farmers save time and use less fuel – two benefits that play a key role in making a business more efficient.

The AxioBib tyres were recommended to Thoresby Farming by Michelin agricultural account manager Ian Whitwell, who, following the delivery of the new Fendt, visited the farm to weigh the tractor and ensure the tyres were set up for optimal performance.

Will Baker, Manager at Thoresby, says: “The Fendt 1050 is effectively doing the job of two tractors and its Michelin tyres are proving the perfect solution for us. One minute it’s a 21-tonne 500hp heavy draft workhorse, and the next it’s a 15-tonne low-ground pressure tractor for drilling, with a larger footprint than the crawler we used to operate.”

Thoresby Farming previously ran a pair of 340hp tractors – one crawler and one wheeled model – each pulling a Sumo Trio cultivator and a Vaderstad rapid drill.

“We’ve since replaced the crawler with a wheeled John Deere 8370R, to pick up any secondary cultivating, drilling, mole ploughing and strategic subsoiling. With the two new tractors, the aim was to try to get the land in better health and obtain higher quality seed beds for improved herbicide efficiency and better establishment,” says Baker.

“Our current set up also means we benefit from having two tractors that can pull a six-metre Vaderstad rapid seed drills. That allows us to drill later in the year and really helps us with our battle against ryegrass and black-grass.”