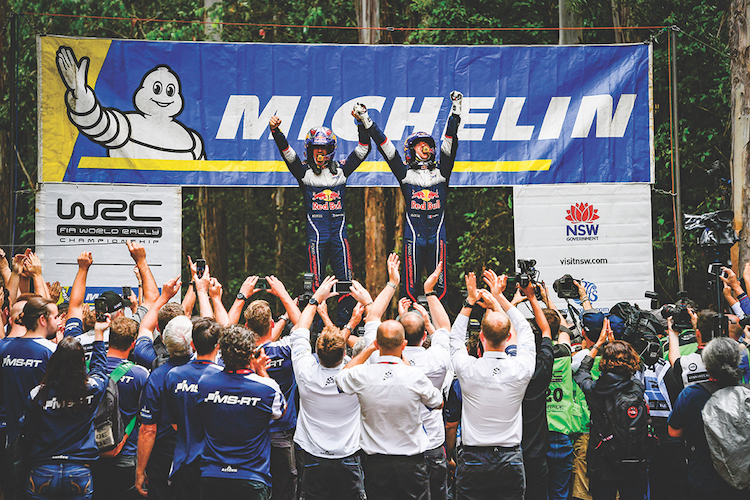 The duo retained the championship to win after one of the most exciting competitions in years with their speed, determination and outstanding team spirit all contributing to another very successful year for the Cumbrian squad who finished in a creditable third place in the constructors’ championship.

Tyre manufacturer, Michelin is a partner of the M-Sport Ford World Rally Team, whose Fiestas are fitted with Michelin tyres.

Team principal, Malcolm Wilson OBE said: “It’s been an emotional day and I can tell you that this championship really does mean a lot. Two months ago, it wasn’t looking good, but when you have Sébastien and Julien in your team you know that anything is possible.” 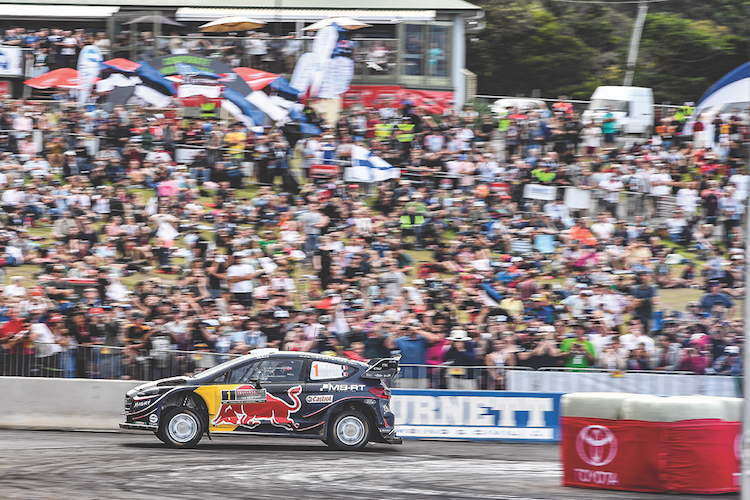 Ogier and Ingrassia headed into the final day of competition knowing that six was the magic number – a sixth place finish all they needed to claim a sixth successive FIA World Rally Championship.

Doing what they needed to do in a sensational fight that went down to the wire, the pressure was on Ogier’s rivals and, one by one, Thierry Neuville and Ott Tänak hit trouble – each caught out whilst refusing to give up the fight and pushing admirably through the treacherous conditions.

That meant only one thing, Ogier and Ingrassia had done it – defending the crown they secured with the Ford Fiesta WRC 12 months previous. The result was the perfect way for the team to say farewell to their champions after two very special years together.

Sébastien Ogier said: “It’s been an incredible season and the fight has been so close. Not so long ago we thought it was going to be difficult to take the title again, but we never gave up. We gave it everything and had such an amazing team around us. I am so proud of all of them and of course I want to thank Malcolm for another amazing job. What we achieved together over the past two years has been really special, and I am very proud of that.”