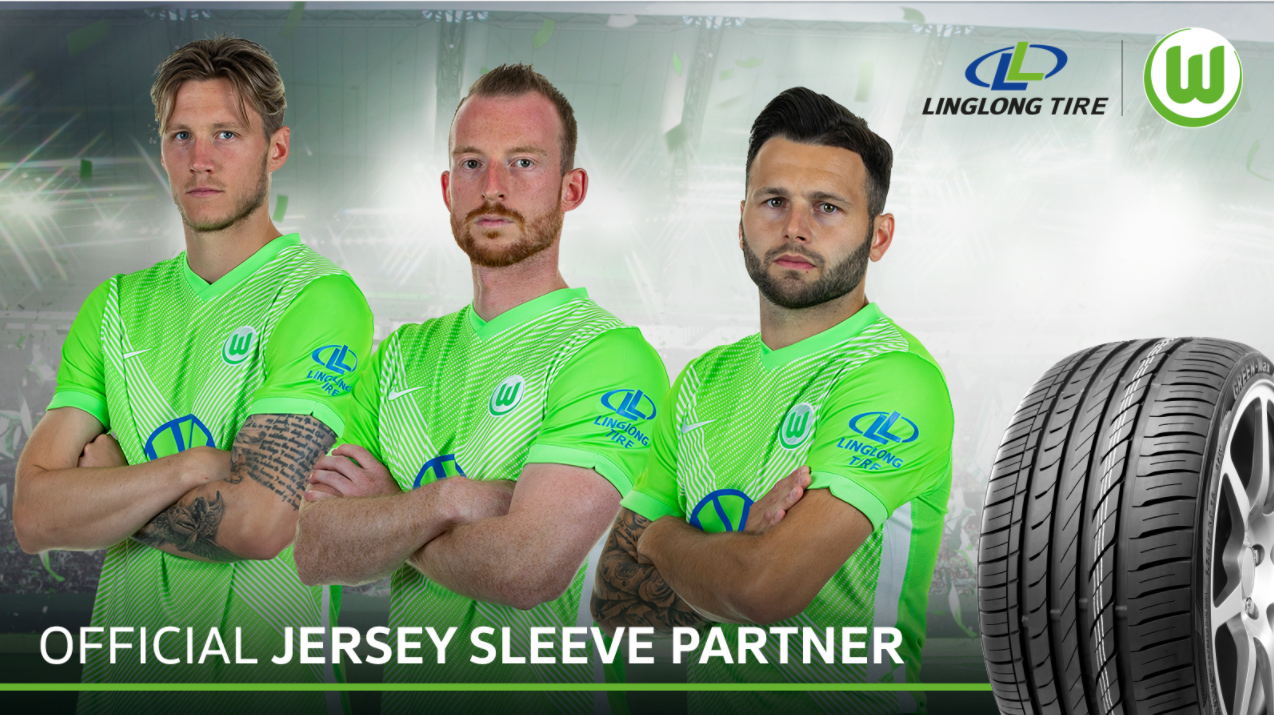 The tyre maker has been the club’s sleeve sponsor in every Bundesliga and DFB Cup game for the last year, and this will remain so until 2022.

Linglong has been a partner of Wolfsburg for a number of years, and has extended the current contract agreement, which includes the use of LED boards, Cam Carpets, matchday hospitality and digital services.

The brand is the exclusive tyre partner of the club and is featured as a global sponsor on the highest partner level at Wolfsburg’s home games.

Mr. Wang, CEO of Linglong Tire said: “2020 is an unusual year, however, the relationship between VfL Wolfsburg and Linglong will become stronger and stronger. It is such a great pleasure for Linglong to remain the official jersey sleeve partner of VfL Wolfsburg in the new season. We are looking forward to another successful season for the club.“