Kumho’s Ecowing ES31 in 185/65R15 88H size has been selected as the standard tyre for the latest version of the Ibiza, SEAT’s ever-popular compact hatchback. 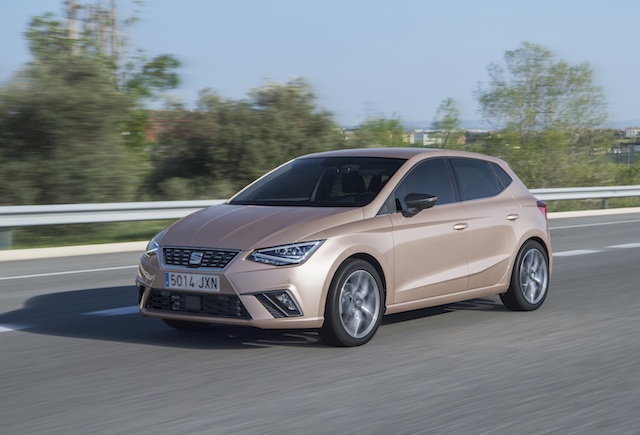 The South-Korean tyre manufacturer’s relationship with the VW Group dates back to 2006, when it began supplying OE fitments for the Volkswagen Polo. Nine years later it set about developing an environmentally-friendly pattern for that model, and supplies of the resulting Ecowing ES01 commenced in 2017. At the end of last year, Polo deliveries were switched to Kumho’s new and improved ‘green’ tyre, the ES31. As the SEAT Ibiza and Polo utilise the same MQB platform, and the ES31 was already approved for use within the Volkswagen Group, the agreement to now also supply the Ibiza production line was achieved without the need for any additional tests.

Designed as an environmentally-friendly summer product for the European market, the ES31 features low rolling resistance (LRR) technology that is specifically designed to minimise carbon dioxide emissions and energy loss without sacrificing performance. Its tread pattern and latest specification compound ensure a balanced driving performance in terms of wet grip, mileage and noise.

Named after Spain’s renowned party island, the Ibiza is SEAT’s best-selling model that’s has enjoyed enduring popularity since its debut in 1984. The design priorities of the fifth generation’s MQB platform included optimising weight, robustness and space efficiency. Manufacture of the car will take place at SEAT’s production facility in Martorell, Spain, some 30 kilometres from Barcelona, and the model will be sold across Europe. The ES31 tyres will be manufactured at Kumho’s Gokseong plant in South Korea.

Commenting on Kumho’s latest OE appointment, the Senior Vice President of Kumho Tire Kim In-soo said: “The contract to supply the ES31 for standard fit to the SEAT Ibiza is further confirmation of the Volkswagen Group’s approval of our eco-friendly tyres, which have already enjoyed recognition across the European market. We will continue building on our proprietary technologies with the aim of creating a new chapter in the field of environmentally-friendly tyres.”

For further information regarding Kumho and its products for passenger cars, SUVs, light commercial vehicles, trucks and motorsport see www.kumhotyre.co.uk.