Having already contested a record 25 British World Rally Championship (WRC) events, motorsport media man and seasoned amateur driver Tony Jardine this year opted for a new challenge, by competing in the national rally run alongside the international Wales Rally GB – an apparently wise decision that netted him and journalist co-driver Dominic Tobin a fifth in class and sixth place overall from a total of 60 starters. 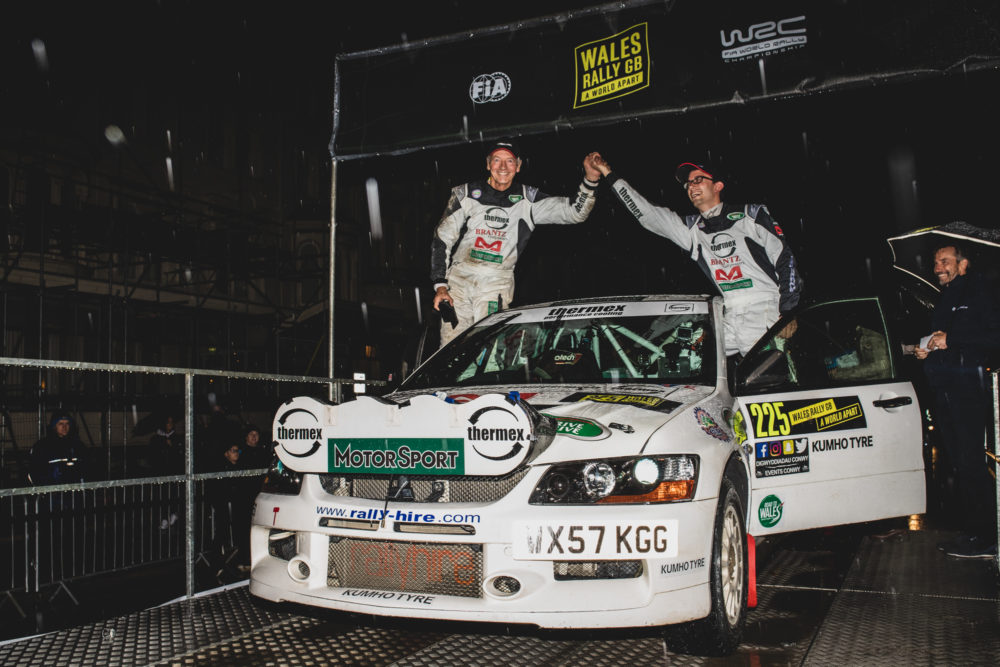 The result was all the more remarkable for the fact that Tobin was a rally novice and, though the national competitors ran separate to the WRC ones, they nevertheless had to survive exactly the same range of perilous stages, that rank among the toughest in world rallying. The pairing’s mount for the adventure was a Group N specification Mitsubishi Evo 9, shod throughout with Kumho rally tyres – specialist gravel-oriented products that have enjoyed much success in British rallies of all levels over the years.

Said the 67 year-old Jardine of his rookie co-driver: “He was brilliant. An incredible debut – to come in at this level and read the notes like a pro is nothing short of amazing.” For his part, Tobin commented: “It’s been an incredible adventure. I barely looked up for the entire rally, but enjoyed it immensely.”

Kumho Marketing Director John Thrupp was full of praise for the team’s result. He added: “Unlike most competitors who pick the most experienced co-driver they can find, Tony chooses to partner with journalists or celebrities, yet can still be relied upon to bring his car home, most often at the upper end of the standings. This has made him one of the longest-standing ambassadors for our Kumho rally tyres.”