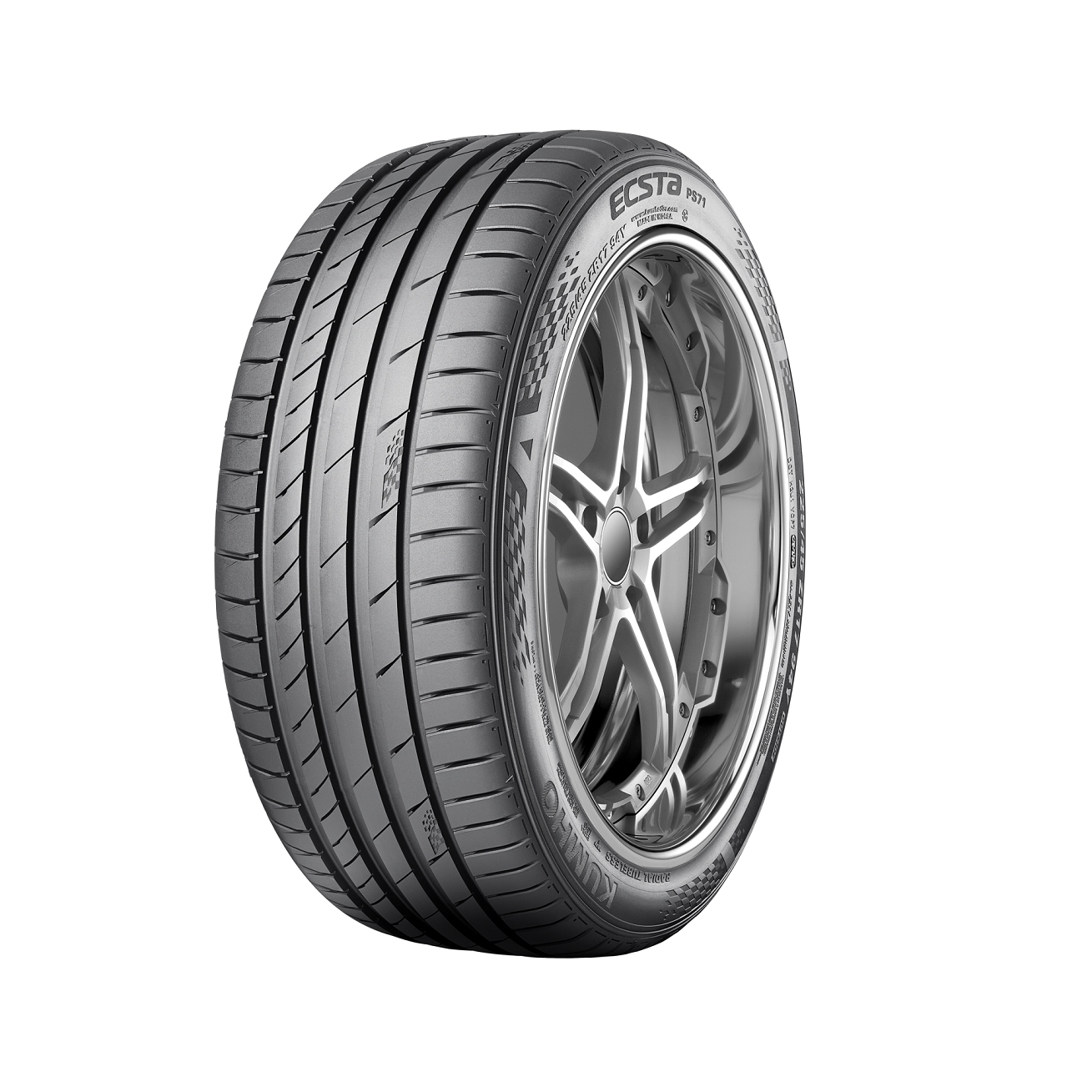 The asymmetrically-patterned PS71 was one of the first major products to be developed at the company’s new R&D Centre at Yongin near Seoul, South Korea, and has been designed for outstanding high-speed stability and strong wet weather performance. It also scores highly on mileage and rivals its predecessor, the Ecsta KU39 LE Sport, for braking performance on wet roads, which was one of the most notable features of that earlier product.

Robust tread blocks and the increased durability of belts and beads result in agile and sophisticated handling, while the optimum design of each rib ensures stable driving at high speeds. The sidewall and tread have icons resembling the flags used in motorsport, emphasising the sporting image of this UHP tyre. Its credentials have been further enhanced by the receipt of an iF Design Award, one of the world’s top three design accolades.

Insoo Kim, senior vice president at Kumho Tyre with responsibility for OE sales said: “The fitment of our tyres to the fourth generation Octavia is greatly significant, as the outgoing model is extremely popular and the new one is widely expected to fare even better in the European market. In addition, Kumho sponsors the Octavia’s local football club, FK Mladá Boleslav, whose main backer is Skoda. Hopefully, this common thread will help us build an ever-stronger partnership with the successful Czech-based manufacturer.”