18 women from 13 different countries lined up in the inaugural season of the W Series in 2019. They had all come through a tough selection procedure with over 50 applicants. The calendar featured six races, all of which featured on the support programme for the DTM. 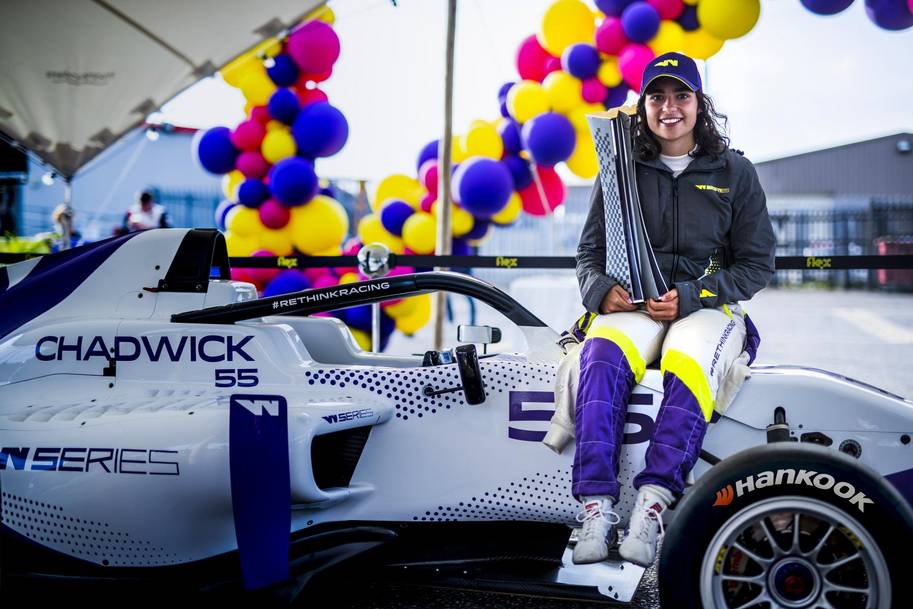 Jamie Chadwick’s victory in the season-opener in Hockenheim showed that she would be the woman to beat. Beitske Visser emerged as her closest rival. The Dutch driver won one race and produced consistently strong performances to keep the title race alive until the finale at Brands Hatch. However, she was ultimately unable to stop Chadwick from claiming the title.

The 21-year-old lived up to her billing as pre-season favourite. Chadwick had previously become the first woman to win the British GT Championship and the MRF Challenge, and was also the first female driver to win a race in the British Formula 3 series. However, success in the W Series is the highlight of the Brit’s career so far.

“Appearing in the W Series has been a great opportunity. This title means everything to me. It is a dream come true. This is the first time I have driven on the Hankook race tyres, and I was very impressed. You are consistently quick on them, always know how the tyre will react, and can adapt to them quickly. My engineers were also impressed. The Hankook race tyre really helped me on my way to the title,” said Chadwick, looking back on her successful season in the W Series.

The all-woman Formula series returns next year. The top twelve drivers in the overall standings are automatically eligible to start. The remaining eight places at the wheel of the 270-hp Formula 3 cars will be allocated after another selection process.

Manfred Sandbichler, Hankook Motorsport Director Europe said: “It was fun to watch the drivers throughout the season. They stood their ground in some fierce, wheel-to-wheel battles and put on some great displays of racing on our Hankook race tyres. The series developed well over the course of the season and produced great motorsport right down to the finale here at Brands Hatch.”