The Irish Tyre Industry Association (ITIA) has confirmed that it continue as an organisation and will engage in talks which it is hoped can lead to a fit for purpose waste tyre management scheme. 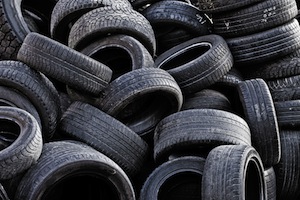 At an Extraordinary General Meeting (EGM) of the Irish Tyre Industry Association (ITIA), held in City West Hotel on Wednesday 13 January last , a motion put to members “to continue as an organisation” was carried unanimously, as was a motion to “re-enter talks to develop a fit for purpose scheme to deal with waste tyres”.

It is expected that these talks would begin with a re-engagement with the Department of the Environment, Community and Local Government (DECLG) but could include, following this, any stakeholders who can help to deliver a waste management scheme for the Irish tyre industry, which would be fit for purpose and would not disadvantage the ITIA’s compliant members.

It was emphasised at the meeting that a priority of the talks would be to try and seek further assurances on key issues of concern to ITIA members including enforcement, costings and cross border and distance selling.

The ITIA believes that providing industry expertise to the DECLG, and engaging with it, now represents the best opportunity to influence how tyre waste is managed in Ireland, and ensuring that any new scheme will provide a level playing field to trade in for all ITIA members.

At the meeting the ITIA recommended to its members to be compliant under the current legislation and suggested that this would help rather than hinder efforts to influence the final structure of the scheme and the regulations under which it will be operated.