Everyone wants to be a winner. That’s why motorsport is such a powerful marketing tool, as it’s synonymous with success and extreme performance.

Pirelli, in fact, leads the way when it comes to motorsport, supplying not only the pinnacle of the sport – Formula 1 – but also the World Rally Championship from next year, as well as various GT championships all over the world (using supercars that are based on showroom models).

In total, there are more than 350 motorsport events worldwide, on both two and four wheels, that are equipped by Pirelli. This represents a significant investment but it is well worth it because of the lessons that can be learned from Research and Development. In 2019, Pirelli invested more than six per cent of its High Value revenue (Prestige and Premium tyres, specialties and motorsport) into R&D, which is one of the reasons why the company now accounts for more than 50 per cent of the prestige car market. More than 2,100 people work in R&D, in Milan and 12 technology centres around the world, and the company has a portfolio of more than 6,500 patents. 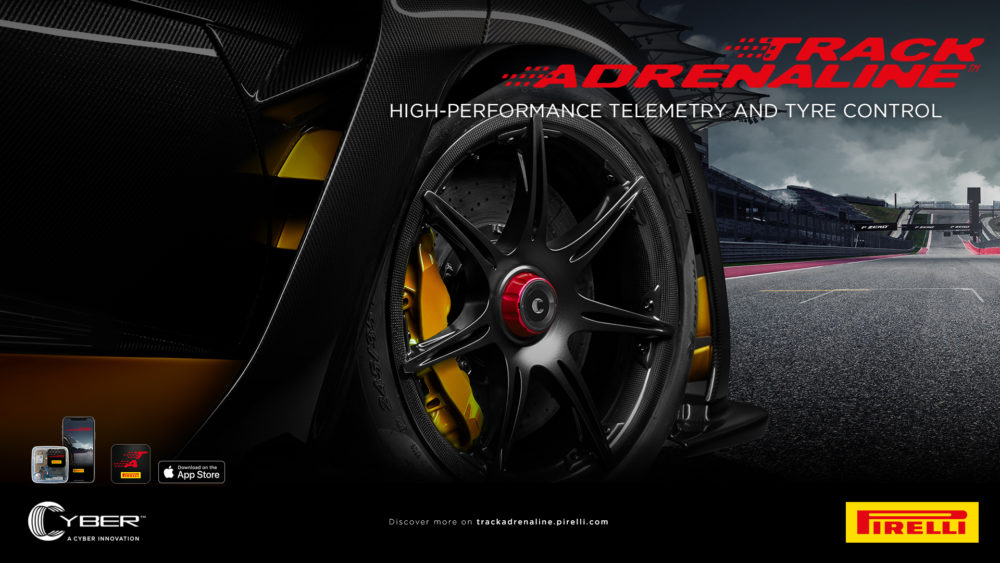 Part of that R&D process involves testing new concepts in motorsport and these can eventually find their way onto everyday road cars. With all those championships to choose from, Pirelli is able to benefit from a massive open-air laboratory, taking in some of the most extreme driving conditions in the world.

There are many examples from the past of technologies that were first seen in motorsport and then became an integral part of high performance road car tyres. Perhaps the most obvious example is low profile tyres, which were first developed in the early 1970s by Pirelli as rally tyres for the Lancia Stratos. In fact, rallying has been one of the most productive motorsport territories for Pirelli to develop road-relevant technologies such as studded tyres and run flat tyres, because rallies are run on real roads with real cars.

But circuit racing also plays a vital role in formulating advanced tyre compounds, capable of doing the seemingly impossible by combining performance with durability. Also the virtual modelling process developed in motorsport is now used to develop road tyres. There are some less obvious areas of technology transfer through motorsport too: for example, when it comes to developing smart tyres imbedded with sensors, which relay live data about road and tyre conditions in real time.

Pirelli recently launched ‘Track Adrenaline’: a digital system that makes use of sensor-equipped P Zero Trofeo R tyres connected to an app, which helps drivers taking part in track days to analyse their driving style and racing lines. It is the closest thing to being a real racing driver and going through the data with your engineer in the pits once, you’re back from a track session. The links between road and track are constantly becoming closer.