René Rast was the man of the weekend (September 8-9) at the iconic circuit in the Eifel Mountains. The Audi driver became the first man in the history of the DTM to not only win both races at a race weekend, but also to secure pole position for both races. While his advantage as he crossed the finish line on September 8 was a mere eight tenths of a second, the 31-year-old converted pole position into a comfortable win on Sunday. 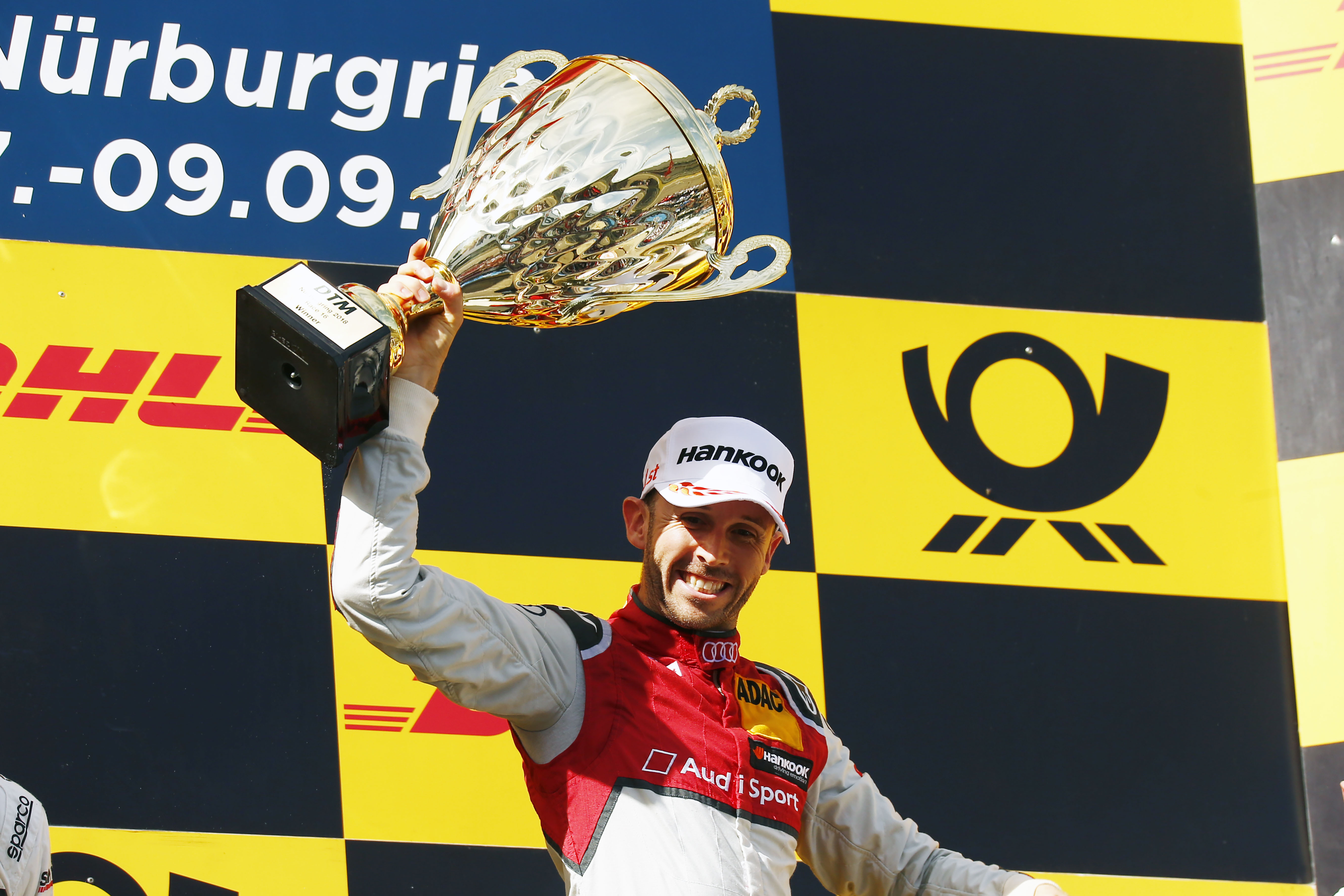 Race leader Rast came in for his mandatory pit stop on lap 17, after which he controlled the field from the front on his fresh set of Hankook slicks. After 40 laps of racing, the German crossed the finish line first to claim his sixth victory in the DTM. Rast was followed home by Mercedes-Benz driver Di Resta, who had started the race from eleventh on the grid. Behind Di Resta, Marco Wittmann (BMW) climbed six places from his grid position of ninth to finish third and take the final spot on the podium. Di Resta’s second place sees him close to within just two points of championship leader Gary Paffett (Mercedes-Benz), who was fifth on Sunday.

Manfred Sandbichler, Hankook Motorsport Director Europe: “René Rast scored maximum points at the Nürburgring, with two race wins and two pole positions, and is now right back in the race for the DTM title. However, it will be a tough ask, as the two Mercedes-Benz drivers out in front, Gary Paffett and Paul Di Resta, are regularly among the points. The title race will probably be decided at the finale in Hockenheim, and the Hankook race tyre will ensure that it remains exciting right down to the finish.”

BMW Team RBM completed the fastest pit stop of the race weekend at the Nürburgring, in a time of 35.597 seconds. They are rewarded with 25 points towards the Hankook Best Pit Stop Award.

René Rast (Audi): “I am really happy with the weekend. Everything went fantastically well. The new minimum air pressures make it a little bit more difficult, but I had a good feeling with the Hankook race tyre. I took my foot off the gas a little towards the end, and that proved to be the right tactic.”

Paul Di Resta (Mercedes-Benz): “After the poor result on Saturday, today’s second place was obviously important – particularly given that I started the race from eleventh place. The high cold air pressure means we are lacking a little bit of grip, but our rivals have the same conditions and appear to be able to cope better with them.”

Marco Wittmann (BMW): “The race went very well for us. We knew that we had to complete the full distance on the compulsory minimum tyre pressures and adapted perfectly to that. I pitted for new tyres in the middle of the race. That was ideal. Both sets of Hankook tyres had a consistently good pace and I was able to climb from ninth on the grid to finish on the podium.”