Ideal for drivers seeking high-performance across all weather conditions year-round, Hankook says the new Ventus S1 AS is optimised for sport driving on dry, wet and snow-covered roads.

Available in 75 sizes, the Ventus S1 AS supports rim diameters of 16 to 22 inches and tread sections up to 305 millimetres.

This new UHP tyre also offers a Y-speed rating on select models, making it ideal for performance cars, sports saloons and luxury cars, as well as popular CUVs and SUVs. 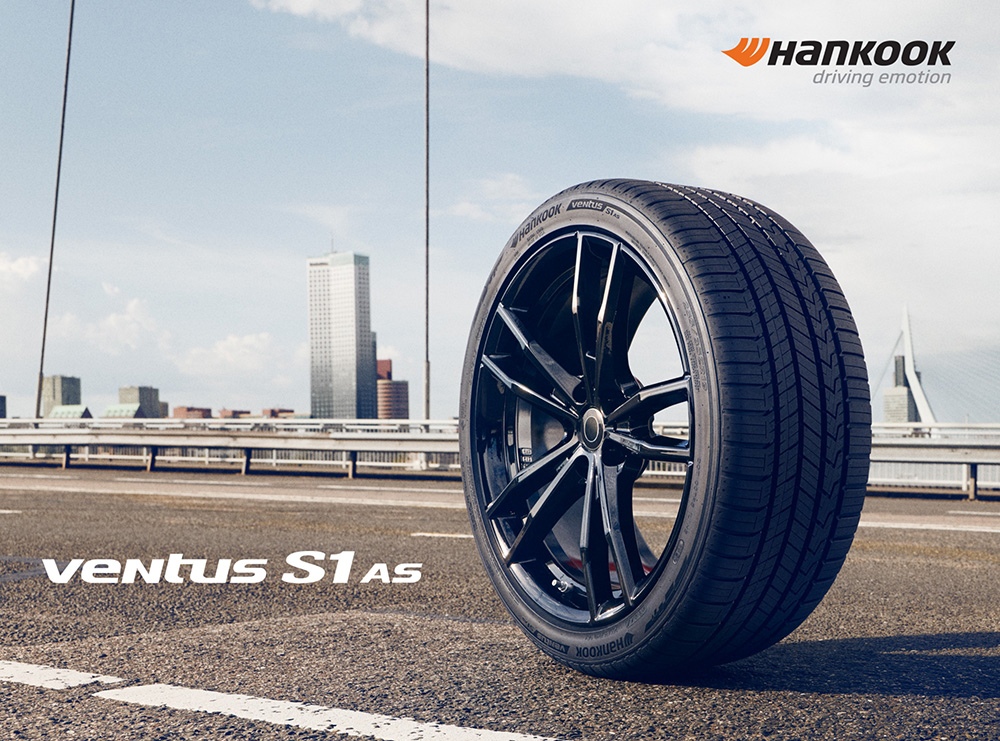 “The ultra-high-performance all-season segment is becoming one of the most innovative and exciting markets in the industry,” said Curtis Brison, president, Hankook Tire America. “The Ventus S1 AS showcases the level at which Hankook can engineer a single tyre to perform across a variety of seasonal road conditions and satisfy high-performance driving benchmarks. Once more, we’re extremely proud to produce this innovative tyre almost exclusively at our Clarksville, Tennessee plant.”

The UHP all-season Ventus S1 AS features an asymmetric tread pattern to support driving performance in every season. The interior section features a lateral groove pattern that is three per cent larger than conventional products, which improves both water evacuation as well as snow traction, according to Hankook.

With an increased sipe density, Hankook adds that the inside pattern also has more biting edges, creating additional points for traction in the snow. A wider and stiffer tread block arrangement at the outside section of the tyre increases dry handing performance, lateral stability, and steering response.

“The Ventus S1 AS was thoughtfully developed for the performance-loving consumer that wants to maximise their driving experience in any weather, year-round,” said Kijong Kil, vice president of RE development. “By way of new raw material applications and mixing technology, the innovative four-season high-performance compound delivers outstanding results when combined with our asymmetric tread pattern in this new Ventus product.”

“Engineered to accommodate a variety of high-performance platforms and fitments, the Ventus S1 AS delivers an exciting new option packed with cutting-edge tyre technology,” he adds.