Hankook has strengthened its presence in social networks by launching its official Instagram channel for the European markets. The tyre maker launched the page last week with the handle @hankooktire.europe.

Besides informative and stylish content about the black gold, impressions of various spectacular sports sponsorships will be shown. 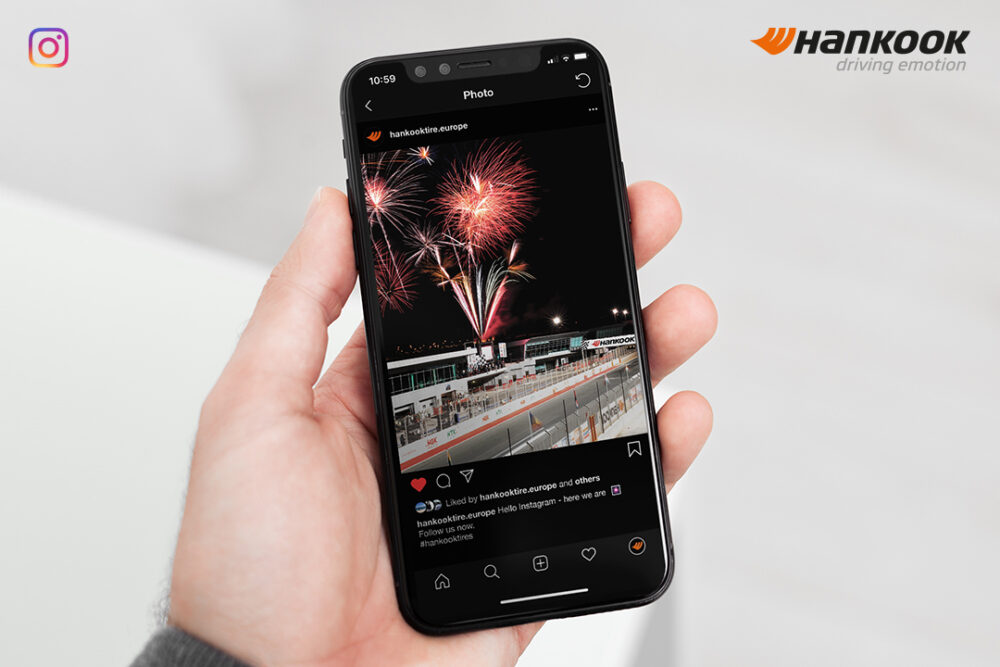 For example, Hankook has long maintained very successful football partnerships with the UEFA Europa League, Real Madrid, Borussia Dortmund, SSC Naples and AS Monaco. Other, more seasonal premium engagements in one of the most dynamic sports worldwide, ice hockey, will also be featured on Instagram, where Hankook has partnerships with the KHL (Kontinental Hockey League – one of the largest ice hockey leagues worldwide), as well as with HC Davos and the international Spengler Cup. A further, particularly important part is of course the spectacular impressions of Hankook’s numerous activities in international top motorsport, for which the premium tyre maker has long been known.

“We are pleased to be able to bring important news about our company to our customers and interested followers throughout Europe from now on also on Instagram. With this, we are specifically strengthening the presence of our premium brand Hankook in social networks and are able to communicate the topics of tyres, innovations, sport and motorsports to a younger target group in particular,” comments Sanghoon Lee, President of Hankook Tire Europe.