Hankook and the Russian Kontinental Hockey League (KHL) have officially extended their partnership for the next three seasons until 2022. As a result, the tyre maker will continue its successful commitment as KHL Championship supplier and official tyre partner in one of the largest ice hockey leagues in the world.

The contract was signed before the opening match in the Russian capital between the current champion ZSKA Moscow and HK Awangard Omsk in the ZSKA Arena. The document was signed by Han-Jun Kim, President of Hankook Tire Europe and Dimitry Chernyshenko, President of KHL. 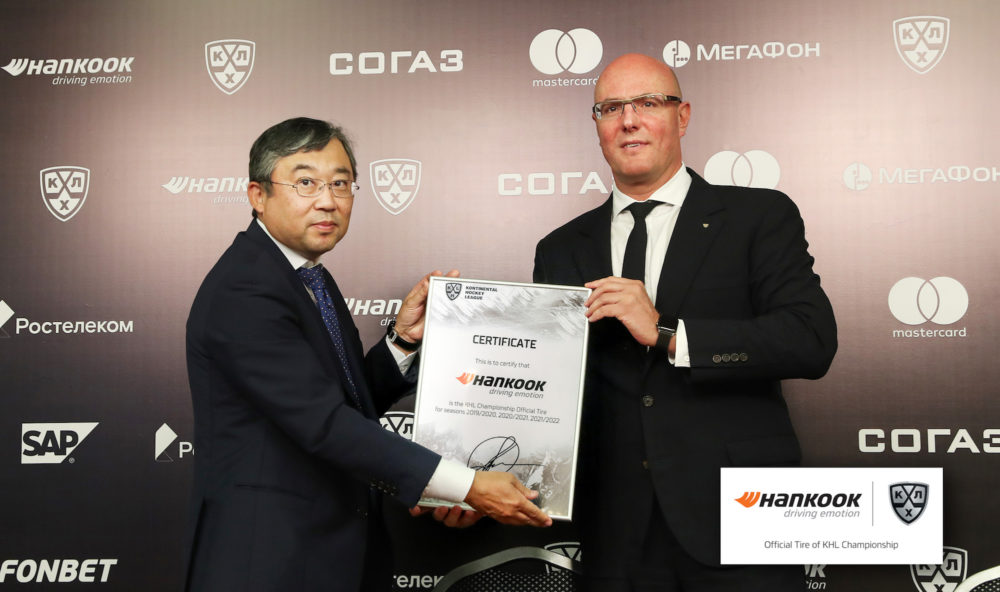 Han-Jun Kim said: “Hankook is involved in top sport across the world, including ice hockey as the clear number one sport in Russia. As a premium brand we are always looking for premium partners. The KHL is such a premium partner in Russia therefore our company is proud to continue to be an official partner of KHL. Safety and Driving Emotion are values that we not only aim to convey through our products, but also to the ice hockey fans and KHL teams through this sponsorship.”

In addition to the continued partnership in ice hockey, the tyre maker is already involved as a sponsor in international sports and motorsport in a variety of ways. These include numerous football sponsorships, such as the UEFA Europa League, Real Madrid, Borussia Dortmund, AS Monaco and Napoli.

The company’s motorsport commitment is also widely diversified. For example, partnerships are maintained with the DTM, the 24-H-Series powered by Hankook, Formula Renault Euroseries or the women’s W-Series.