Goodyear has announced an important step in its global journey to fully replace petroleum-derived oils by 2040. 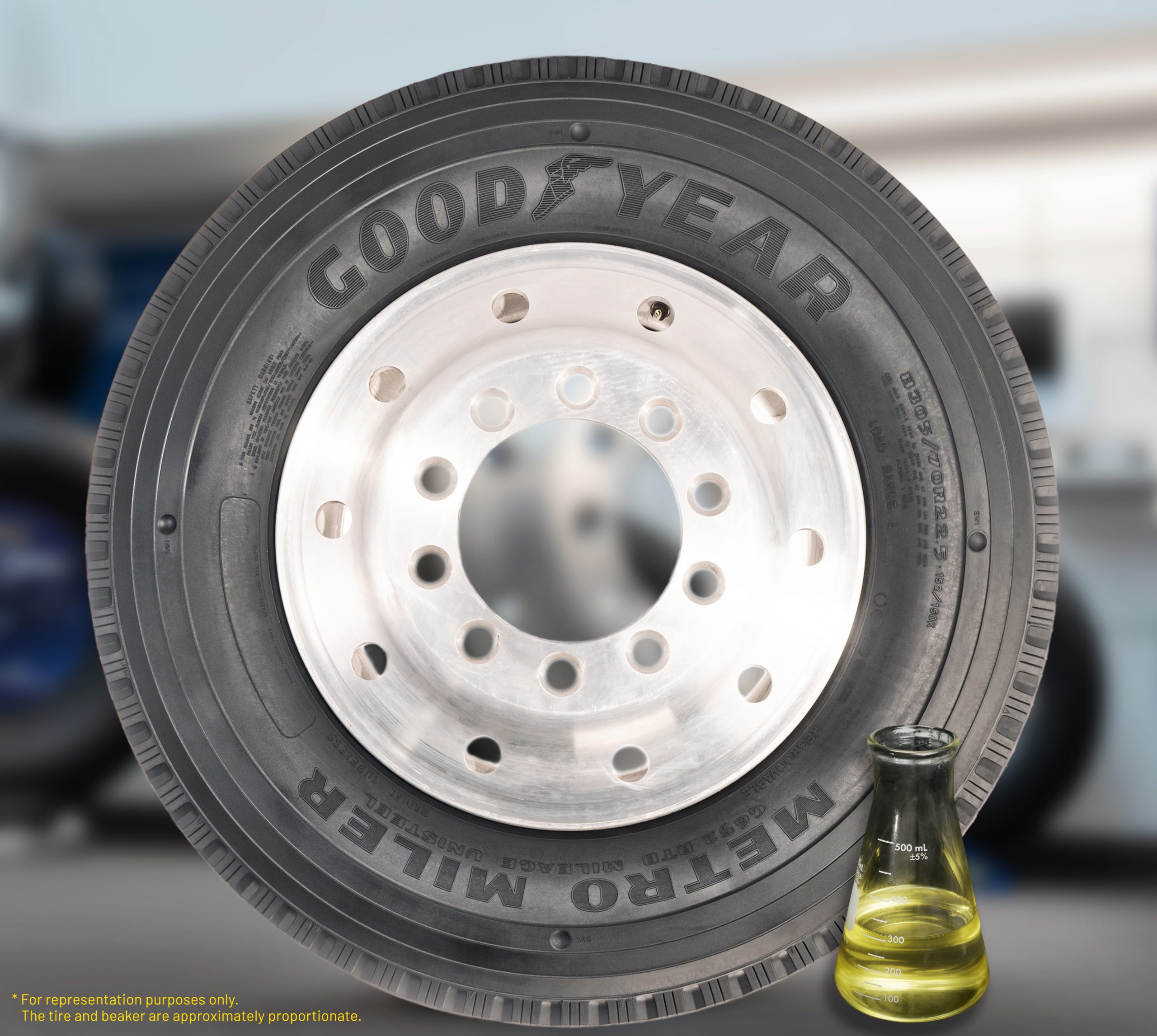 For the first time in its commercial truck tyres, Goodyear is replacing a portion of the petroleum-based materials used in production of some of its most popular Metro Miler city transit tyres with a bio-based soybean oil compound.

“The use of soybean oil in the majority of the Metro Miler G152 and G652 tyres in production today is a significant Goodyear innovation that reduces the amount of petroleum-based materials needed for production,” said Dustin Lancy, commercial product marketing manager, Goodyear North America.

He added: “In these tyres, soybean oil replaces about 325ml of free-flowing petroleum oil per tyre – almost as much as a traditional soda can. Multiply that by a bus fleet of 1,600 buses, about the size used by some major metropolitan cities in the US, and that could mean the use of around 20 fewer barrels of oil.”

Goodyear says thus change underscores its commitment to using more sustainable bio-based raw materials while continuing to deliver quality and performance in its products. The new formulation in production today uses a readily available surplus of soybean oil that is left over from food applications in the marketplace.