As part of its commitment to reduce CO2 emissions, The Goodyear Tire & Rubber Company is working together with energy supplier Enovos to build two large solar power stations at its testing facilities in Colmar-Berg, Luxembourg.

The first power station which has now been completed was inaugurated at Goodyear’s testing facilities in the presence of the Minister of Energy and Land Management, Claude Turmes. 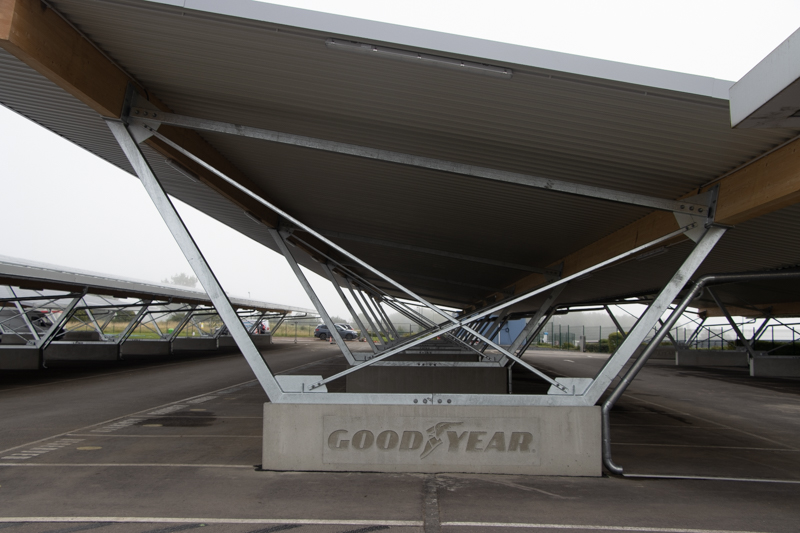 This photovoltaic carport consisting of 1,500 solar panels and covering a parking lot of around 4,000 m2 is the first in Luxembourg of this scale. With an annual production of 657,500 kWh, the carport is expected to generate enough energy to supply more than 170 households.

Completion of the second station is targeted for 2022. When finished, both stations will produce annually around 5 GWh of electric power and reduce carbon emissions by around 50,000 tons for the next 20 years, while providing clean energy yearly for more than 1,300 households.