After years of fitting Bandvulc and Continental tyres to its fleet, UK supply chain logistics provider, Fowler Welch, has now put the two manufacturers’ low rolling resistance (LRR) offerings to the test. In a joint-trial at Millbrook Proving Ground, Fowler Welch and Bandvulc arranged an evaluation of the performance and efficiency benefits of low rolling resistance tyres, with support from Continental and its ContiPressureCheck TPMS system. 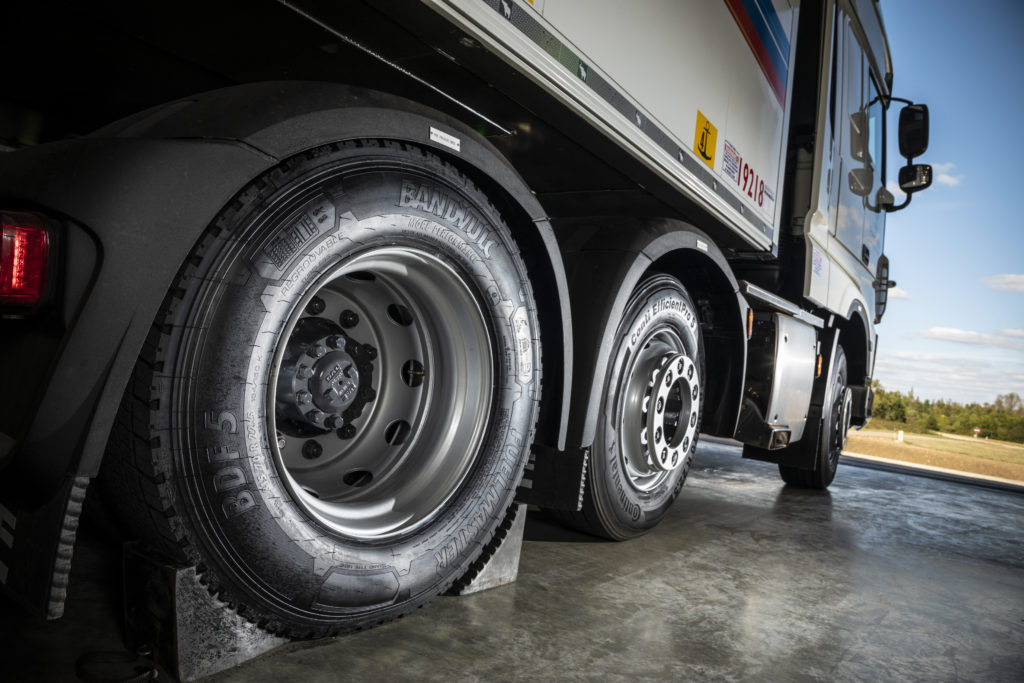 Low rolling resistance tyres are designed to reduce friction and resistance to improve fuel economy without compromising on critical factors such as safety and braking distance. These products would therefore support Fowler Welch in its continuous efforts to maximise the efficiency and environmental credentials of its fleet.

Maurizio Romano, head of fleet strategy at Fowler Welch, explained: “Miles per gallon figures are critical to operational costs and we are determined to get the most out of every drop of fuel. Not only does it result in undeniable cost savings, but also significant reductions in CO2 emissions. After implementing a number of fuel-saving measures across the business, we asked ourselves ‘Where else can we maximise our economy?’ The obvious answer was tyres.”

Fowler Welch currently fits Continental tyres to the steer axles of their vehicles, paired with Bandvulc tyres on the drive and trailer axles. All tyres across the fleet are managed by the Galahad platform as part of Conti 360° Fleet Services.

The purpose of the tests was to gather quantitative data on miles per gallon for various tyre setups, while demonstrating the benefits of tyre pressure monitoring systems.

Two DAF 6×2 tractor units were used to conduct the tyre trials, which were divided into five rounds. Accuracy of the tests was critical, so all variables were closed to obtain the precise MPG figures. The trucks were driven simultaneously to eliminate any variance in weather conditions. Forming an extremely comprehensive and analytical process, the entire testing sequence was expertly calibrated, and both cost and CO2 reductions were evaluated.

One truck acted as the control vehicle, with the same tyres fitted for all five rounds. The other became the test vehicle and was fitted with different tyres from rounds two to five.

In the first round, both vehicles were fitted with OEM tyres, consisting of Continental HS3 on the steer axles, Continental HD3 on the drive axles and replacement Bandvulc B2K on the trailer.

In the second round, the test vehicle was fitted with Bandvulc BD08 tyres on the drive axle, and the difference in MPG compared to the OEM setup measured.

In the third round, the test unit was fitted with LRR tyres – Continental Efficient Pro on the steer axle and Bandvulc BDF5 on the drive – and the effect of pure LRR tyres on MPG evaluated.

In the fourth round, the test vehicle trailer was fitted with Bandvulc TF1 tyres, and the effect of the trailer on MPG assessed.

Finally, in the fifth round, all of the test vehicle’s tyres were deflated to 20 per cent below the recommend tyre pressure levels, and the resulting difference in MPG measured. 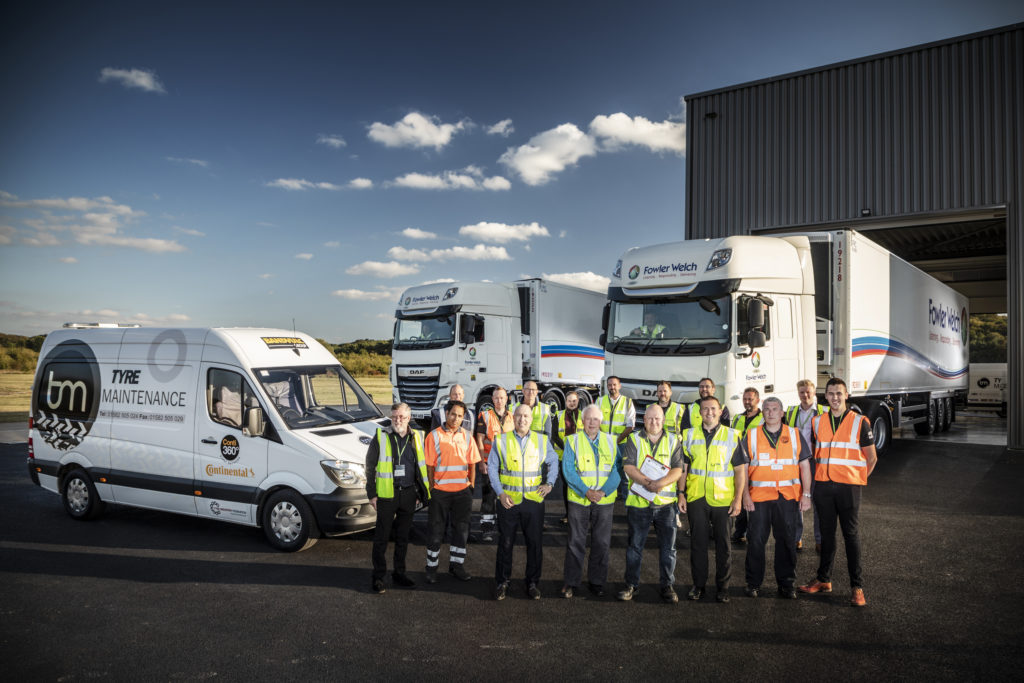 Both vehicles began at a filling station, where the tanks were completely filled with fuel, trip counters were reset and start time was recorded. Data from the integrated Microlise telematics solution and CAMBUS were also noted. After the initial setup, the unit and trailer combinations performed 15 laps of the test track, covering 30 miles, before returning to the station. Once they returned, the finish time, vehicle trip data and MPG metrics were recorded. Microlise and CAMBUS data was similarly documented.

Following the tests, Fowler Welch and Bandvulc were presented with “outstanding” results. The combination of Continental and Bandvulc low rolling resistance tyres led to an impressive increase of over fiver per cent in miles per gallon.

In addition, after dropping tyre pressure to 20 per cent lower than the recommended level, the trucks suffered a two per cent loss in MPG. Not only did this confirm long-held claims by Continental and Bandvulc, but also the accuracy and effectiveness of the ContiPressureCheck system.

Maurizio said: “We were extremely impressed by the professional way in which Bandvulc organised these tests, and equally by the vast difference that low rolling resistance tyres offer. The figures speak for themselves and offer real food for thought as we look to adapt our tyre policy.

“We see our work with Bandvulc not only as a relationship, but as a partnership. It is because of this strong connection that we are both willing and able to carry out these tests, while improving the efficiency and environmental sustainability of our fleet.”

Ian Harris, National Fleet Key Account Manager at Bandvulc, said: “We are always looking at innovative opportunities to provide extra value for our customers and, by working in partnerships with them, can ensure that they are achieving the maximum performance and life from their tyre assets. Fitting and assessing LRR policy tyres is a progressive way in which we can demonstrate the improvements to MPG performance, while the use of ContiPressureCheck shows just how accurately the system monitors tyre pressure. The test day was a great success and we would like to thank Fowler Welch, Ford & Slater, Continental and Tyre Maintenance for their collaboration in this project”.