Part of the G’s Group – one of the largest family-owned fresh produce suppliers in the UK – the farm had plans to move its entire fleet of trailers onto tracks, as it looked for the best ways to reduce soil damage at its 5,000-hectare base in the wet Norfolk Fenland. 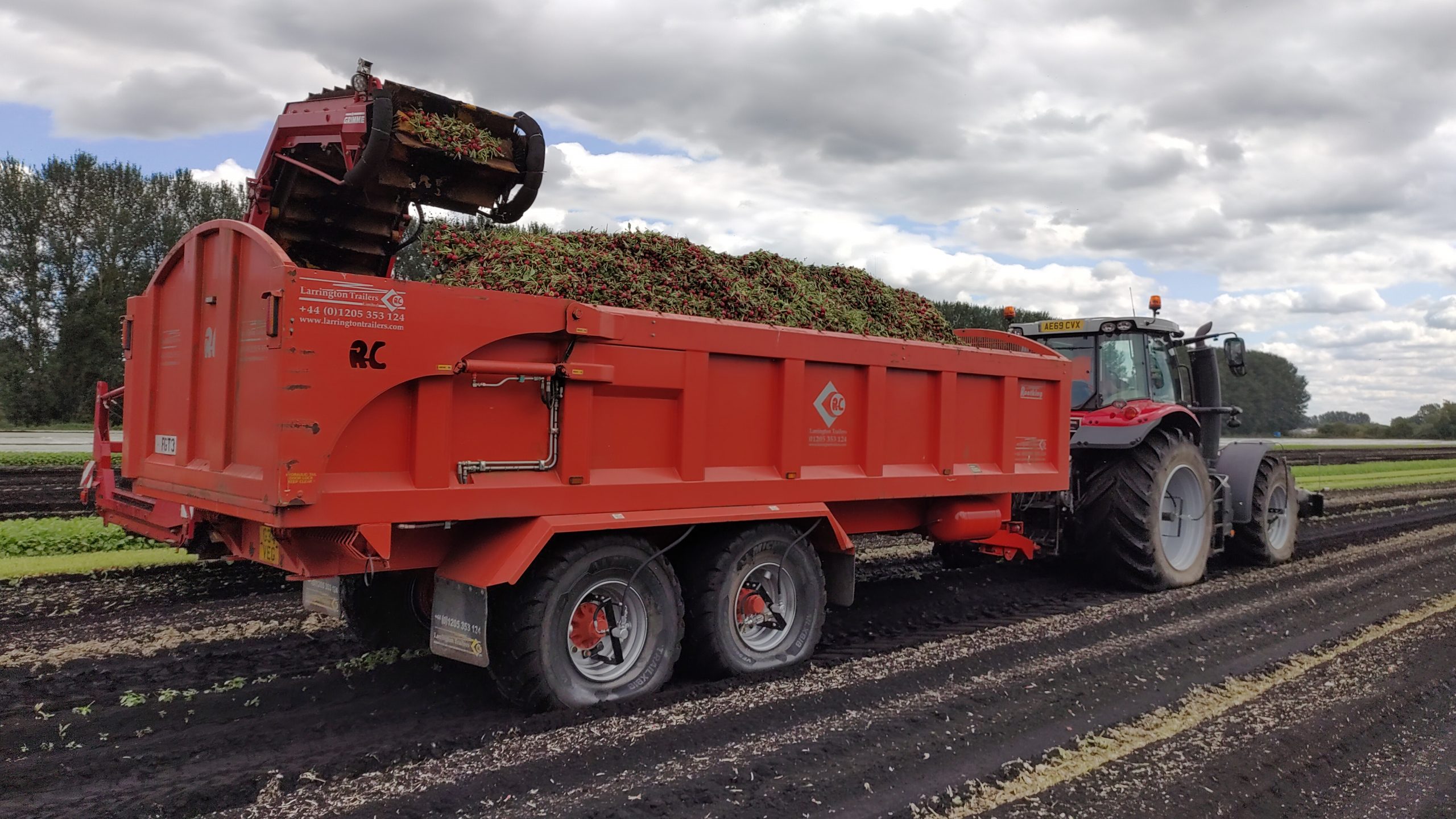 Scott Watson, manager of the Radish Division at Feltwell Growers, said: “We are effectively farming below sea level here and the ground gets very wet, so it’s hard for these big heavy trailers to navigate. When fully loaded with vegetables they can weigh up to 19 tonnes.

“We assumed the only thing that would really alleviate soil damage would be to move them onto tracks. But Richard Larrington explained sticking with tyres would save us adding a huge amount of additional weight to the trailers, not to mention a significant sum of money. We agreed to look at the set-up with the CTIS and low-pressure tyres and were blown away with the results.”

The trailer with the standard tyres got stuck and had to be pulled out by two more tractors, while the trailer fitted with the Michelin TrailXBib VF fitments sailed through with minimum damage to the field.

“We pretty much made up our minds there and then,” said Watson. “We now have two of the trailers with that exact set-up up running in the fields with two more to follow shortly – it’s working very well.

“The CTIS allows us to go from 7 bar for operating on firmer ground down to 1 bar for when we’re out on the soggy fields inside a minute and a half. It’s a great, sustainable solution for us. We’ve been really impressed, so much so that other divisions within the group are now looking to run their own trials with the set-up.”