HomeBrandsFalkenFalken set to contest the Nurburgring with Porsche pairing

Since 1999, Falken Motorsports has been competing in the ADAC Total 24h Race on the Nurburgring-Nordschleife. This year, from June 3-6, the tyre brand will once again contest the formidable endurance race with a top-class driver line-up in two identical Porsche 911 GT3 R. 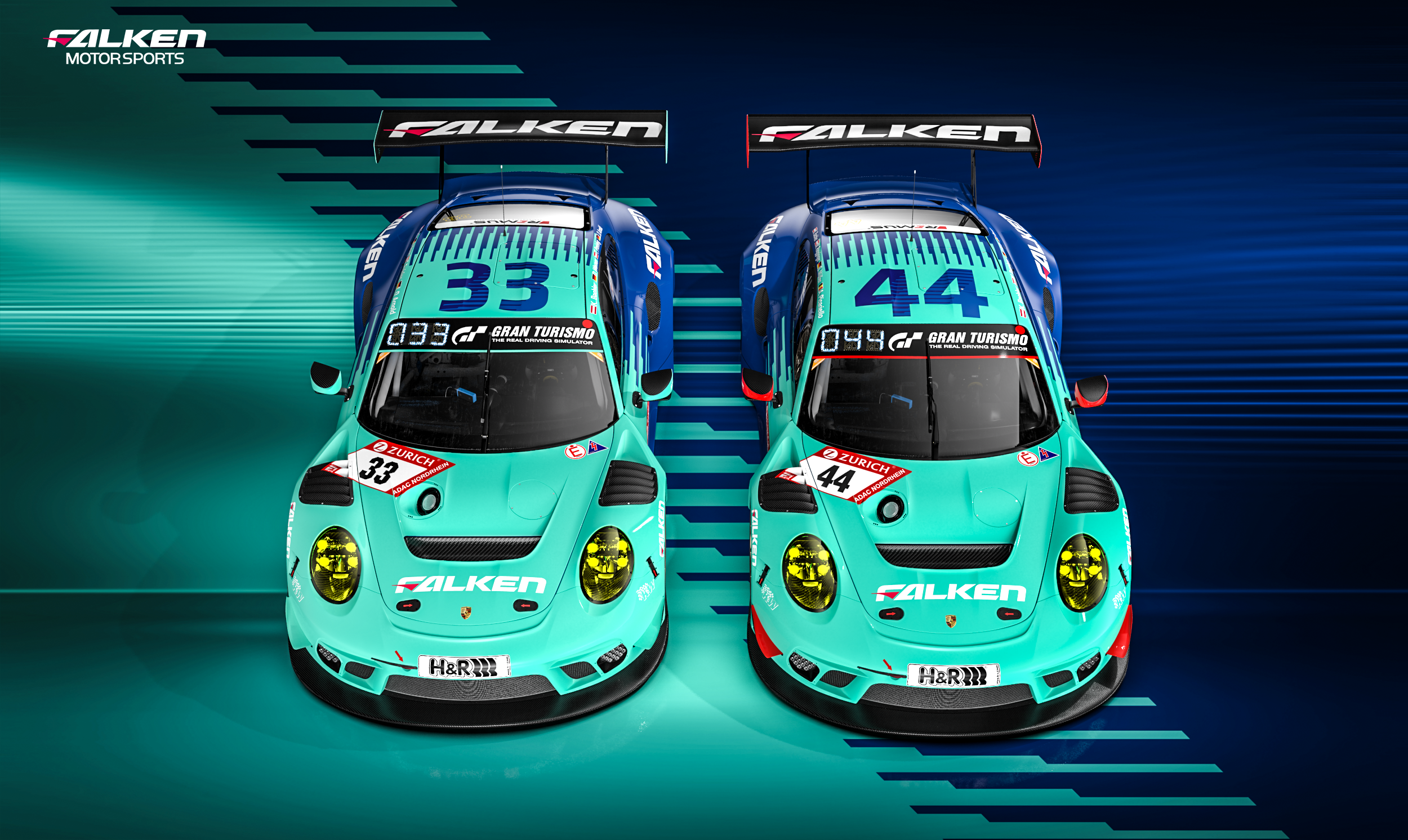 Meanwhile, Sven Müller, Alessio Picariello, Martin Ragginger and once again Klaus Bachler will compete in the #44 car, with Bachler anticipating a busy weekend as he takes stints in both Falken cars.

The intensive preparations for the annual racing spectacle have already led to success in the Nürburgring Endurance Series (NLS), with the team celebrating a third-place finish at NLS 3. The brace of Falken Porsche 911 GT3 R is now set for the world’s toughest endurance race.

“We would like to build on our recent podium success and all our Nurburgring-Nordschleife experience to finish in the top three again. Our tyre engineers in Japan and our long-time racing team Schnabl Engineering have worked hard for this. With our experienced, fast drivers and two strong and reliable cars, we are prepared for the extreme challenge that this unpredictable race event presents,” comments Stefanie Olbertz, responsible for motorsport at Falken Tyre Europe GmbH.

The 49th ADAC Total 24h Race Nurburgring will take place next month. Top qualifying, which decides the starting grid, begins at 17:30 on Friday, June 4. The race starts at 14:30 on June 5. Fans can follow all sessions via the livestream on YouTube and Facebook, as well as view footage from the onboard cameras, which are mounted in both of Falken’s Porsche 911 GT3 R race cars.